Allow me to re-introduce myself – my name is Mr. Billy Fitzgerald. I make lo-fi pop delivered in a sweet, sweet falsetto that’s inspired by the likes of Prince, Beck and Eels. My debut album will be released later this year and I think you might like it.

If you were listening to BBC Radio One, 2FM, and Today FM circa 2010, you’d have heard me leading alt-pop band The Dead Flags with whom I played on stages all over Europe and released a Top 30 single in Ireland. It was wonderful, but nothing lasts forever.

Post-Flags, I took a long step back from music before returning to spend three years in the studio – completely alone – writing, recording, experimenting and exploring. I went searching for a sound that represented me and my relationship with music; and I found it.

The result is a blend of 90s R&B, kitchen-sink percussion, layered harmonies, and earworm melodies. Like George Michael jamming with Neutral Milk Hotel.

My EP, “An Introduction” was the forerunner of my first long-player due later this year. I took that release on the road throughout 2017, earning critical acclaim and building a fanbase in small venues and support slots. In 2018 and beyond, I plan to take this to the next level.

“Fitzgerald doesn't even have to try and sound cool, it's a natural result of his sound.”
Remy 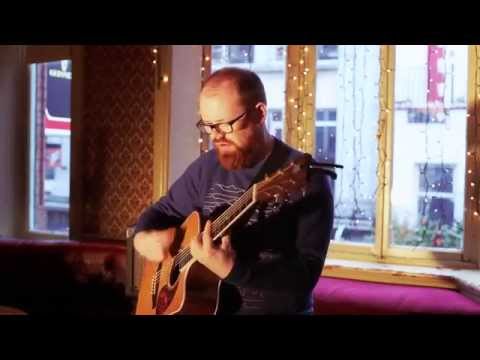