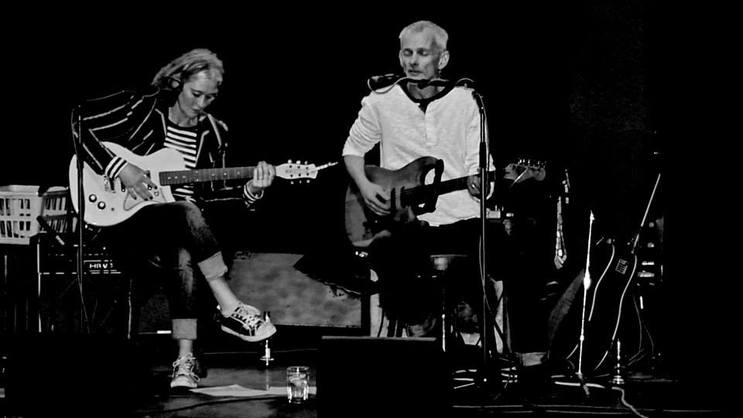 new blue sioux are a Kilkenny based duo who have been creating and performing their own unique blend of laid back, ambient, uplifting soul for over 10 years. The duo comprise of Mike Ryan ( former lead singer/writer with Tuesday Blue ) and Geri Doyle Ryan.
new blue sioux are no strangers to the festival and live circuit. Over their decade together they have enjoyed playing, among others The Green Fields Of Glastonbury, The Electric Picnic, Oxygen, The Strummer Of Love, Endorset in Dorset, Happy Valley and many Strummerville Campfire Stage events.
new blue sioux have had extensive airplay throughout Europe with support from BBC6, XFM, BBC Ulster, not forgetting the local KCLR Eclectic Show.
Low-Fi-High-Energy, has been used to describe new blue sioux live performances.