NI Soul Troop were formed in 2007 by Donal Scullion. The shape-shifting line-up has seen over 20 of some of Belfast's finest musicians move through the ranks of the Troop. With the current 9-piece line-up the band has been captivating audiences all over Northern Ireland for the last few years and has been one of the freshest and unique live acts on the scene. Donal's song writing for this band infuses elements of soul, funk, ska, jazz, blues and rock and roll, with clever lyrics and arrangements.

Highlists to date include a support slot with 90s dance legends Bentley Rhythm Ace, sharing a stage with Republic of Loose at Willowstone Festival, playing one of Belfast's premier venues the Ulster Hall, and releasing their debut EP in 2009.

With some great reviews and radio play the band have been somewhat quiet on the live scene of late but have been finishing their second EP which is in the final stages of development and should be ready for launch soon. 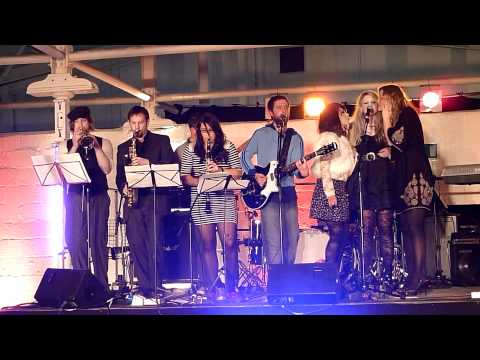