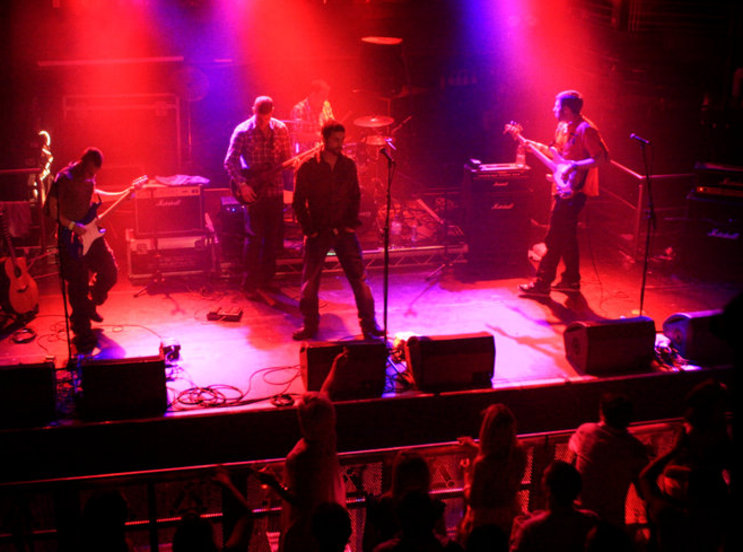 North Dublin band ‘No Roller’ had their first gig in December 2008. After a lot of successful gigs they went on to record their debut album “High places by Narrow Roads” in the early months of 2009. This album takes you on a journey of eclectic melody lines and rhythms, all written and developed by the band. Aaron Laidlaw – Guitars, Damien Farrell – Drums, David Clarke – Vocals, Tom Dunne – Bass and Warren Solan – Guitars describe their sound as Rock/ Indie/ Acoustic and influences include The Beatles, The Rolling Stones, Bob Dylan, Nirvana, Oasis and a mash- mash of various greats, all of whom can be detected filtering through in each of the eleven tracks. Since the release of their debut album No Roller have watched their fan base grow and grow and continued to have successful gigs throughout 2009. Early 2010 the band decided to take a short break from the gigging to put the finishing touches on the second album which will be released this summer. Two years gigging together two albums! This states what should be a well known fact. The bands ability and passion for creating great music, and the bands work rate are matched by none!No Roller are currently lining up gigs in the best venues around Ireland to promote their second album.

Sounds Like:
Moving back from a lake because you see waves, Running from a fire to smoke some air, back to your hide out so you can cry your fucking eyes out, staying in bed in all your glory
Influences:
Beatles, Bob Dylan, Neil Young, Nirvana, Oasis, Stones, The Doors, Thin Lizzy, Tom Petty and every drunken poet who rests in the soil of our Emerald Isle, hendrix