“Oscar Blue will have a lot of mass appeal" – Nialler9

“We’re finally starting to catch on here as Oscar Blue stunned with his closing slot on the main stage. The most comfortable and confident on stage of any other performer I caught that night, Oscar Blue’s stage presence is simplistic, yet powerful... Playing through his set, Oscar Blue demonstrated musical growth and maturity and definitive promise for 2020.” - Hot Press reporting at Whelan’s Ones to Watch 2020 Festival

Oscar Blue is a 22-year-old musician from Co. Clare currently residing in Dublin. Like many before him, the young musician began his journey with songs written at the foot of his bed, first finding their feet on the open mic stages of local pubs, before migrating by bus to the busy busking streets of Dublin and Galway.

His debut string of singles, recorded on a shoestring budget in a small home recording studio, have remarkably gone on to be streamed over 5 million times globally, with the artist simultaneously growing a global fan base of over 140k monthly listeners. All of this done while unsigned, unmanaged and with little or
no local radio airplay. In 2019 Oscar Blue sold out headline gigs in Dublin venues Whelan’s and the Sound House, while also headlining the iconic Rockwood Music Hall in New York. He later opened on the main stage of last year’s Indiependence Festival with his band.

Over this time Oscar Blue has grown his sound. His signature acoustic based, indie- folk musings are now complemented by songs suspended in a much broader and fuller sonic landscape, as evidenced on his upcoming debut EP.

These four tracks, which will be drip-released throughout summer and autumn 2021, explore the nature of love in all its dimensions and are the result of a year long collaboration with renowned Dublin producer Philip Magee.

Thematically, Oscar Blue’s songs have always been fascinated with the human condition, in all its manifestations but especially in its vulnerabilities, in what he sees as an ever-challenging world.

A storyteller at heart his songs blend soul and celebration, melody and melancholy in equal measure. The release of his upcoming single 'Backyard Mafia' on July 28th is, for this young artist, the next step of a journey that is probably only just beginning. 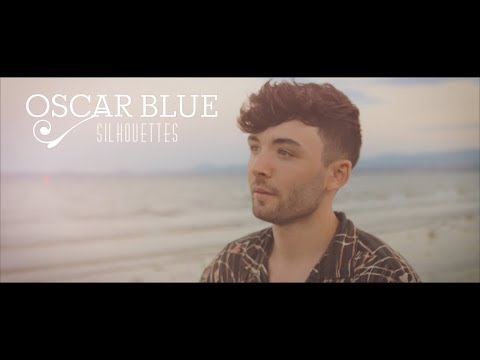