Paddy Dennehy is a Limerick musician whose blues-tinged songwriting has earned him renown and radio play across Ireland, the UK, and the rest of Europe. His debut album ‘Little Light’ was released in June to critical acclaim (Rolling Stone, Folk Radio UK, Glasswerk, FAME Magazine, Hot Press) and generous Spotify support...and it has been a long time coming.

“Little Light” draws from a much deeper well than his previous releases. Song by song he tackles religion, parenthood, love, and loneliness through a mixture of character driven stories and personal recollections. The consummate songwriter, Paddy spent years crafting the album, the tracks having been taken apart and put back together again, leaner and more concise.

His first major performance made quite the first impression: his first gig in Dublin was on the Late, Late Show. His first festival gig was at Electric Picnic; and his first gig in Cork was at the personal invitation of Glen Hansard to join him on stage at the Everyman Theatre to sing ‘Hard Times’.

He has honed his stagecraft by supporting Irish stalwarts such as Imelda May, Lisa Hannigan and Mick Flannery , headlining venues such as Cyprus Avenue and Dolans Warehouse, and by performing at major festivals across the country.

“Few possess such rare talent, and we can only advise you
to keep an eye — and both ears — on [him].” - Rolling Stone

"Little Light is a captivating, heart-wrenching showcase of how powerful folk music can be." - HotPress
https://www.hotpress.com/music/album-review-paddy-dennehy-little-light-22818765

"His voice is a thing of wonder" - Folk Radio UK
https://www.folkradio.co.uk/2020/06/paddy-dennehy-little-light/?fbclid=IwAR3tAxz2qLbOTJY0ckDzCGXU8Yhm6pYzi5ITlqY1-BwfMn6Tk7Nyh94oJW0 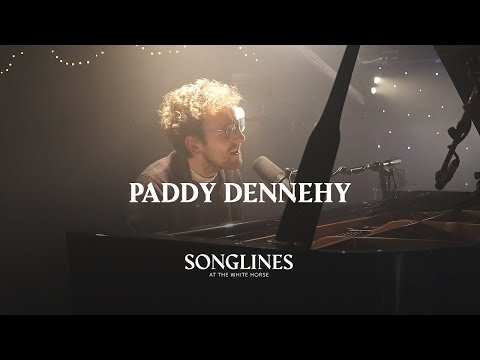