Paper/Boy were a four-piece indie rock band formed in Derry in 2017, finishing late 2018.

While having started as a two-piece originally, guitarist/lyricist Joshua McNutt and drummer Lochláinn Kelly were keen to upgrade the loud anthemic sound they already had going for them. Taking part in a local music camp during the holidays, the duo were introduced to many talented musicians just like them, but the ones who would catch their eye would be bassist Canavan and guitarist Caoilfhinn McFadden. They not only shared the common connection of all being from Donegal, but also shared the interest in playing together as a band.

Inspired by the modern guitar-driven indie rock/punk songs of Car Seat Headrest and Green Day, and implementing uses of witty, metaphorical and personal lyrics ala Damien Rice and Paul Noonan, it was clear that songwriter Joshua’s original demos were not meant to be heard acoustically, but rather in a fully electric band set-up. With all the members’ talents for creating music put into use, the band managed to transform these pieces into emotionally-powered indie-punk anthems, helping Paper/Boy garner a loyal fanbase after various gigs across Ireland.

2018 had proven to be a successful year for the young group who had released their debut single "Guerilla Therapy" in March of that year to a sold out hometown gig in Derry and acclaim from music blogs and radio. Since then, the band have continued gigging in support of two new singles, "It's All Flirting And Fun" and "Valentine's Day", due for release in August and October respectively. Tour dates have included playing in Derry, Dublin, Donegal and Belfast, while also having played a headline slot at the prestigious Stendhal Festival in Limavady.

"Paper/Boy know exactly which punches to pull and which to throw. Smart, angular indie punk! Mountains of potential. Eyes thoroughly peeled for what they do next."
-Stephen McCauley (Electric Mainline/BBC Radio Ulster)

“Paper/Boy are keen newcomers to the Derry scene and they are excited about the future. They describe themselves as a 'mediocre indie rock' band but when you see them play live it is clear that they are not mediocre.... Their music has a edge, but for a relatively new band, there's a maturity also.“
- Betsy Bailie

“Provided they continue to channel their inner-punks in the polite, articulate manner they have so far, anything could happen to Paper/Boy.”
- Taylor Johnson (Encore NI)

"Essentially the most appealing thing about Paper/Boy's debut is that I can immediately relate - this is no pissing about modern punk-rock."
-Remy Connolly (REMY Blog) 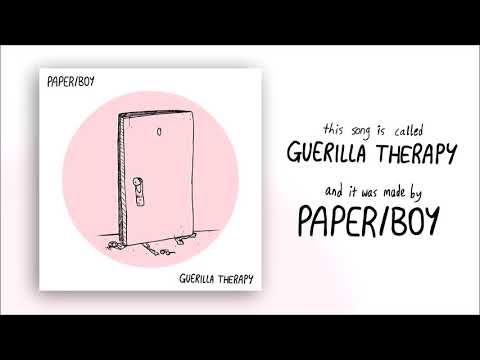 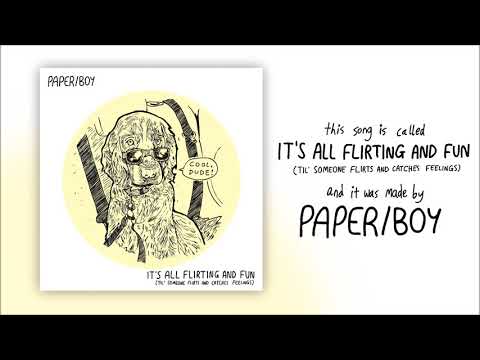 It's All Flirting And Fun
Guerilla Therapy