PLB was previously known under various guises and pseudonyms. Since 2016, PLB is largely an Internet-based rock band and mostly participates in home recording and occasional local live performances.

The band also features a virtual band member and bassist named Madeline Lew, marketed as Patrick's younger sister. The band's bassist Madeline was created through modern smartphone apps, such as FaceApp and Reface, alongside other digital special effects and sophisticated editing, such as cosplaying.

He is currently an unsigned independent musician, but he is distributing his music through his own label, Lewnatic Records. Since the mid-2020, the Patrick Lew Band (PLB) has expanded and digitally reached 51 countries worldwide of underground music. Most of PLB's credentials came thanks to the Internet through bloggers/curators and digital music magazines writing about the Patrick Lew Band.

Patrick Lew was born in San Francisco in 1985 to a Chinese father and a Japanese mother of mixed descent.

In 2001, Patrick Lew Hayashi formed a band under the banner Patrick Lew Band in his hometown of San Francisco, CA when he was just 15 years old. Most of Hayashi's early years in the indie music circuit was playing in a garage band. In 2005, Hayashi was attending City College of San Francisco and was briefly signed to an indie label based in La Jolla, CA. After he was dropped from his developmental contract with the label, Hayashi decided to book studio time with the help of his friends.

Patrick attended Wallenberg High School in San Francisco, graduating in 2004 after being held back one grade while in elementary school. He also attended Soko Gakuen Japanese School, and graduated and got certified around the same time he graduated from high school. He later attended CSU East Bay, graduating with a B.A in Philosophy and Music Composition in 2011. He began playing guitar at the age of 13 through his older cousin Andy, whom was living with his family at the time in San Francisco.

Patrick also began using YouTube as a platform dedicated to his life as an artist/musician and in general on February 2, 2007. After several years, his YouTube channel reached a respectable amount of recognition on the Internet. As of today, there are 400+ uploaded videos on his YouTube channel.

Most of the time, Hayashi was on the Internet putting his bands music out there. On November 15, 2006, which was also Patrick Lew's 21st birthday, the Patrick Lew Band released their debut album JUMP, RATTLE, AND ROLL on CDBaby. Patrick Lew Band would begin to sporadically play small shows in the San Francisco area by 2007 with a frequently changing line-up. Their first single AZN GIRLS was posted online during late 2007, leading to a critical backlash among the band on social-media over unbeknownst reasons. Around this same period, the bands chiptune rearranged cover of the Nirvana song Drain You was published on Nirvanaclub.com.

During 2009, Patrick Lew Band began making their strides in the regional music scene and on the Internet. Their song Everyone Loves Ashley brought them to notoriety and initial indie-level fame. Between 2009 to 2012, the band would write and record up to as many as 60 songs per year in their home studio.To have something to fall back on, Hayashi taught himself the fundamentals of the indie music business and being his own entrepreneur.

During this period, Patrick Lew Band had aborted plans to tour locally. However, the group would perform live in the Antioch area occasionally during some of 2011. Some of these performances can be found and since leaked on Patrick Lew Band's (PLB) official YouTube channel.

On February 4, 2012, Patrick Lew Band performed at Dolores Park in San Francisco. After taking a few years away from the indies because of a failed common-law marriage and very well documented personal problems, Hayashi made his return to music with the Patrick Lew Band by the beginning of 2015. Embarking on his most profitable and memorable run in the indie music circuit.

2015 began with Hayashi being appointed the Ambassador for Antennas Direct. And conducting a televised interview with the 24 HOUR K-POP music TV channel in the San Francisco Bay Area. Around this same period, Patrick introduced a crossdressing M2F alter-ego by the name of Madeline Lew into the band. Created from digital special effects, CGI and Photoshop. In a music marketing storyline, Madelines role in the band is described as, "the long lost younger sister of Patrick Lew Hayashi saving the band from failure and bringing his band and his music back to prominence."

The band was mostly recording in their home studio in San Francisco. By 2016, the band launched their own label and multimedia start-up Lewnatic HQ.

The band was often working on new music in their home recording studio between 2015 and early 2017. The Patrick Lew Band would release their album OAKLAND on Valentines Day 2017. He and his alter ego Madeline Lew would perform at Brick & Mortar Music Hall on October 8, 2017.

By the end of 2017, the Patrick Lew Band no longer was a full-time responsibility as Hayashi began working a stable full-time job. The primary casue of the PLB's second departure was caused by his mother's passing. But also, due to exhaustion.

He also began only sporadically making studio recording appearances with the band as he branched his talents to other outlets and playing music with local bands outside of Patrick Lew Band.On June 7, 2019. Patrick Lew Hayashi received the 40 Under 40 award at his alma mater CSU East Bay. He would become the first major Japanese-American male to receive the high honor.

Outside of PLB. Patrick Lew also made a brief uncredited cameo appearance on the acclaimed Amazon TV series Man in the High Castle on Season 4 and Episode 1. He also is a moderately known and prolific social-media influencer and persona, most notably on YouTube and Instagram.

The band just returned to full-time status in 2020. And they reached potentially prolific status with their music and brand in the indies and on social-media with what they do. Recent years proved to be very prosperous and helped the Patrick Lew Band reach new heights. Since then, the band's music has reached thousands of listeners in an estimated 51 different countries worldwide on Apple Music/iTunes. Subsequent reviews and press regarding PLB have been positive.

From 2020 onward since returning to pursuing their passion for making music, the Patrick Lew Band (PLB) decided to transition their project into an exclusively Internet Only type of band.

Since 2020, PLB has been featured in numerous blogs and digital music magazines online. While Lew maintains his citizenship and residence in San Francisco, the band also began gravitating their musical focus to "break into" the music scene worldwide.

2020 and 2021 also saw the band continue and sustain their momentum as a Internet-based rock band. Conducting a few Livestream concerts on social-media, and gaining new legions and generation of followers. The band also released several albums during these two years respectively on iTunes and Spotify, including their first live album IN YOUR HOUSE! Rumors began to swirl in mid-2021 regarding the Patrick Lew Band's future online. However, the PLB released more new music going into the year 2022 online.

During most of 2022, Patrick re-launched a spin-off of the Patrick Lew Band known as LEWNATIC. As COVID-19 pandemic began to quietly wind down in San Francisco, he began touring and live-streaming under the LEWNATIC name. Lewnatic would perform at San Francisco's historic DNA Lounge on February 20, 2022. Shortly after, he began working on demos and released the mixtape Strictly Prohibited worldwide on iTunes, Spotifty, and everywhere else through his distribtutor CDBABY by April that year.

As Patrick Lew retains his citizenship and residence in the Bay Area, he also planned to introduce his music to JAPAN on the world wide web. By March 2022, he worked with TOP MUSIC JAPAN to get PLB's music out there. Currently, their prolific 2020 album Rolling Thunder was consigned to EGGS, a subsidiary of Tower Records in Japan. He also wanted to expand his music and attention globally, and remains persistent while doing so.

Much of Patrick's musical activity during 2022 was placed primarily on LEWNATIC. As PLB remained exclusively a virtual rock band in the Metaverse, for many kinds of reasons.

On July 19, 2022, Patrick signed a 1-year Artist Development Contract with New York based label Bentley Records. And released his first EP RAPID FIRE under the LEWNATIC banner as a signed artist a month later. By this point, Patrick began focusing more of his attention to LEWNATIC as a musician and social-media influencer. Madeline took a step back from Patrick Lew Band by August 2022, in kayfabe, she relocated back to Asia. In reality, Patrick wanted to semi-retire her character in the project, feeling that it served its pupose. Nonetheless, Madeline Lew will still continue to make occasional part-time appearances with the Patrick Lew Band.

On September 5, 2022, the Patrick Lew Band released their 12th album Adrenaline worldwide on all the platforms. They would also release an 11-minute Blues inspired song She's All That a month later on October 17th.

While the future is uncertain for the Patrick Lew Band (PLB). Patrick wants to continue doing music actively as a virtual rock band.

The band PLB however remains active on social-media and as an Internet-based band!

ARTISTS WE ALSO LIKE: WE SUPPORT ALL LOCAL BANDS THAT CAN RIDE WITH US. 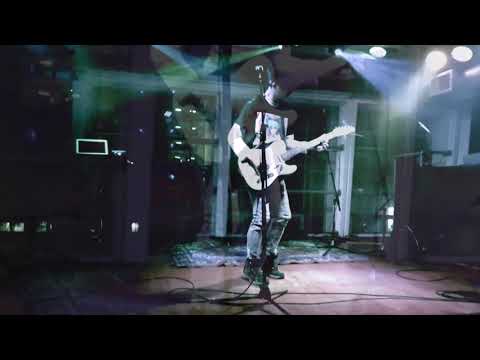 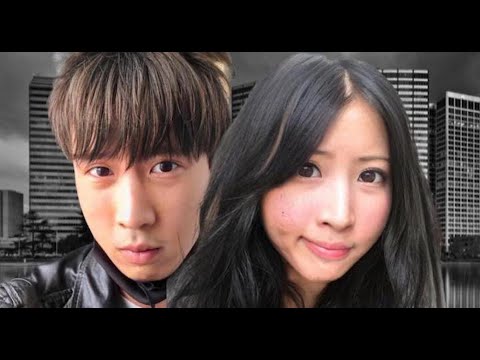 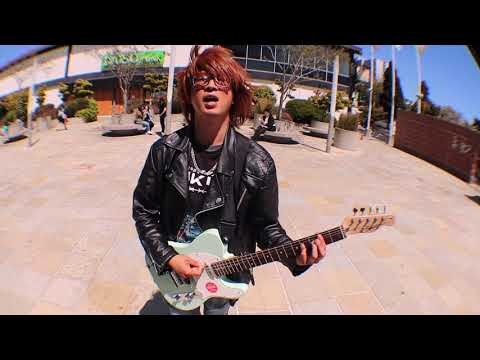 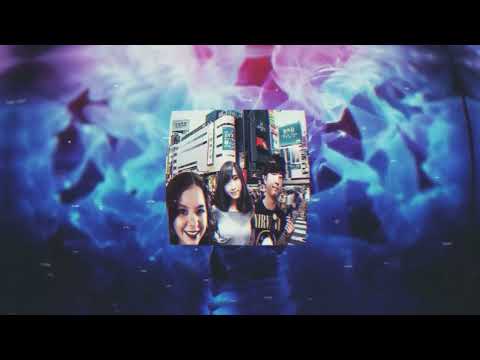