People of the Sun

People of the Sun was formed in 2009 in Cork/Dungarvan in Ireland upon the idea from both - Jacek Jackiewicz (Guitars) and Piotr Jewczuk (Bass), two school friends, who both grew up in Poland as huge heavy music fans. It took a while for the group to find a dedicated and passionated singer, who would be heading the same path as the rest members. That person was Wiktoria Lewczuk, who has a strong vocals and also softer female tones. People of the Sun was trying to form a stable crew.
In June 2014 Marcin Slezak joined the band and became a drummer, giving the final shape of the People of the Sun. Since then People of the Sun has constantly been working on all new material.
Band is not limited to only one type of music. They experiment a lot and it makes them happy and proud of the results. In 2013 People of the Sun released their debut album called „My Home”. Musical inspiration is taken from bands like Deftones, System of a Down, Stone Sour, Godsmack, Guano Apes...etc.
People of the Sun believes, with the tones they play, they can reach wide range of listeners, who may eventually become fans. 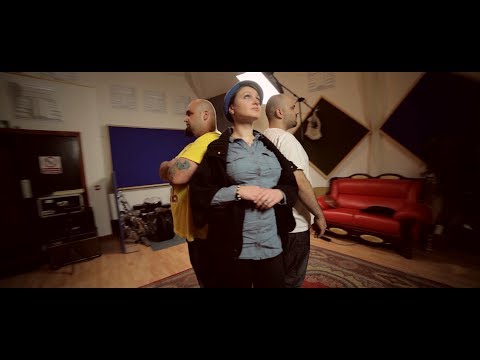 Sounds Like:
We playing our own music so don't like compare it with any other bands :)
Influences:
Deftones, GODSMACK, Guano Apes, Stone Sour, Within Temptation, system of a down