Pete is a singer songwriter from Newtownards in Northern Ireland. He has had a passion for music since the age of 6 when he first heard Slash play the opening three chords of "Knockin’ on Heavens Door" and knew right then music was going to play a major role in his life.

He got his first guitar when he was thirteen and started trying to write songs a couple of years later idolising such greats from the past as Aerosmith, Poison, Def Leppard, Bon Jovi and Motley Crue.

Pete then teamed up with his best pal Paul Steen, who was also a Guns N Roses fan and before long they were in a rock group together. To their surprise they didn’t quite become the biggest band in the world, so they decided to go acoustic and did some gigs as a two piece around their home town.
However, after a while Paul switched his talents to producing so Pete decided to go it alone.

It's in his blood to write lyrics. He writes about his circumstances at any given moment, his relationships with people, doomed love affairs (“you get much better words out of a sad ending than from a happy one”), news stories that hit him hard when he’s glancing through the paper, and pretty much any thought that comes into his head that he thinks is worth noting down.

The master songwriters Bob Dylan and Leonard Cohen are, along with Bruce Springsteen, three of the greatest influences on his life. When he turned 20 and writing songs was becoming much more important to him, he was drawn to them more and more and began to discover them on a whole new level. As he says of Dylan and Cohen “They are both as endearing as each other, they can take you as far as you are willing to go and then drag you that little bit further, and I learn more and more from them everyday.” It is these influences that made Pete the brilliant lyricist that he is today. The more you listen to his songs the more you hear and are amazed at how he can put words together in such a meaningful way that may make you laugh or cry, but will certainly make you take notice.

Whilst working as a cashier in a bank Pete continued to play gigs around local bars at the weekends while also recording a few E.P's with his producer pal Paul (the last two of which gained a lot of local airplay on regional BBC stations). Then, through a tip off from a large radio group in the UK, he was signed by entrepreneur Neil Utley’s label NUA Entertainment, which is chaired by Grammy winner Paul Hardcastle. Pete has just finished recording his debut album with award winning Irish producer Tommy McLaughlin (The Villagers) and has moved to London so that he can perform nightly on the London club scene where he has been gigging every night for the last two months.
Pete has been asked by the London Mayor’s office to spearhead their ’London Busking’ event which takes place in July. He has been asked to join a panel of experts to mentor new artists and he will perform on stage in Trafalgar Square on July 18th in front of hundreds of people as part of this event.
He has also been booked by Bob Harris to record one of his ‘Under The Apple Tree’ sessions at his studios in July.
His first single will be released early August and the campaign for this is just about to kick off. 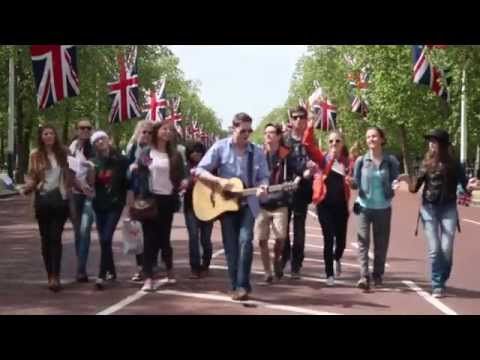