Singer/songwriter Ray Dunne is one of Irelands finest new discoveries. Ray Dunne originally grew up in his native of Athy Co. Kildare and at the age of fifteen he began embarking his journey gathering influences from the likes of Christy Moore, The Dubliners, The Pogues and Clancy & Makem. Ray set about gaining a wide repertoire of Irish ballads and folk songs at an early age and soon afterwards formed a traditional Irish band playing in venues all over Kildare. Ray's confidence and ability grew and after a few years playing in Kildare, he ventured further a field. Equipped with just a guitar, bodhran and a sheer determination Ray left behind his band, (going it alone) and travelling to Europe playing in "Greener Pastures" as far a field as Portugal. It was at this time he began writing his own songs and performing in different venues playing to packed audiences every night. His songs had gained different influences at that stage namely Johnny Cash, Bob Dylan and Leonard Cohen. Ray's music eventually took him to Liverpool " City of sound", home of the Beatles and Capital of Culture where he went about playing on the Irish Circuit. It was here where he recorded his first EP titled "Sing Away" in a studio on the outskirts of the city, building strong relationships with some of Liverpool's finest musicians. His first single received acclaimed reviews placing him firmly as "One of the unique songwriters of his time" capturing emotion through his lyric and voice. It was shortly after this Ray went back to record another EP " A Sence of Reality" the song written on a paper bag on a ferry crossing from Dublin to Liverpool which he recorded in the famous renowned Parr Street Studios where the likes of Coldplay Genisis Feeder and Echo and the Bunnymen had all previously recorded, working with legendary producer Jon Withnall who assisted Coldplay, Feeder. Ray released the Ep in 2007. Again receiving acclaimed reviews from some of the best music journalists finest critics. He all the while continued to play on the Irish circuit and it was during this time he travelled to Glastonbury where he delivered an outstanding performance with his "Raw talent" and "Grit voice" in a packed out tent over the four day festival. Ray joined up with Jon Withnall again and he set about recording his debut album titled " Amidst Bright Shadows" in 2008. This ten track album captured the essence of Ray's musical influences and critics named it a "Dunne Deal" One music journalist stated "to listen to this album takes you to a dark smokey filled back room where Dunne's voice captures the imagination and sound of subtlety and all that feels right" Ray returned to Ireland shortly after recording his album and began a nationwide tour playing in some of Irelands famous venues including "An Roisin Dubh" and Mc Manus's where the likes of The Coors originally started. Ray's single from the album titled "Nothing left to say" gained airplay up and down the country reaching Ireland's leading radio station RTE. He also performed on Belfast's leading TV station NVTV and covered radio stations across Ireland performing live on air. In 2009 Ray was one of the leading headline acts that was part of the City of Song Festival in Derry. Over the festival Ray played with his band in venues throughout the city again receiving credited reviews and he was one of the acts to top the bill in the Playhouse Theatre. Recently Ray has been back writing in the studio, recording and he continues to write new songs. He also continues to travel to Liverpool and throughout the UK where he still plays on the Irish circuit and also gigs in venues across Ireland. With a unique voice and unique lyrics Ray Dunne is a name that continues to spread and one to look out for in the coming months! .. 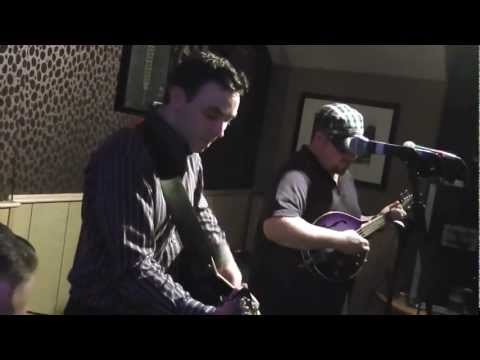