Mixing elements of rock and pop, Rebecca Gresty is emerging as one of Ireland's hottest new acts. The 8-piece band, including a 3-piece brass section, formed in mid-2010, provides an explosive live show not to be missed. A wide range of influences from Stevie Wonder to Sara Bareilles, and many more, are heard throughout Rebecca's music and culminate in a unique sound guaranteed to please. Rebecca's stunning vocal performances have garnered interest from a wide range of people. This led to Rebecca recording a track for an IFTA nominated score by Anna Rice for the movie, 'Anton'.

Rebecca Gresty’s debut album was released on February 29th 2012 to much anticipation.

Culch.ie - ''With polished vocal and musical performances there's no lack of talent here.''

Here Comes The Flood - ''Gresty delivers the goods like a captain leading the troops in full swing down the highway and feeling their way through the bushes of unfamiliar terrain.''

Claireskane - ''Once in a while you come across an album that makes you think: 'I would be surprised if this isn't a hit.' '' ''This album is more than worth a listen, it is worth adding to you music collection and revisiting time and time again.''

7 Billion people All Alive At Once - ''Gresty's music is something somewhat unique on the Irish scene right now and may have just found a gap in the market I have yet to see filled.''

2UIBestow - ''Rebecca Gresty is in the process of releasing a huge sounding debut album...it's a sound that has it's place firmly in the mainstream!'' 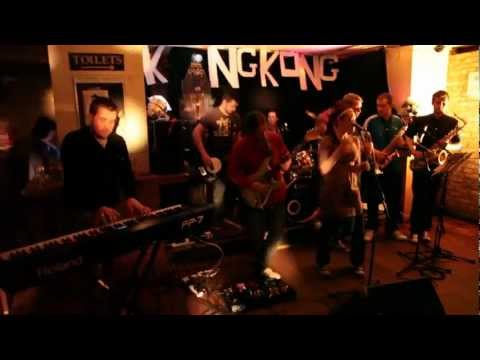