Red Sun Alert bring you a mixture between progressive rock and alt metal with elements of math rock, hardcore and psych rock to create exciting and intricate tunes. The female fronted four piece band formed in July 2017 and since then, they’ve been making quite the name for themselves in the Cork music scene.

Despite being one of the newer bands around, they have already made their mark. From debuting in the Grand Social in the big shmoke to playing multiple Cork venues, these lads, and lass, have been quite busy. They’ve also been making appearances in the festival scene, as well as co-hosting one of the most exciting Cork metal festival this year – Seshtival Festival.

The band has recently released their debut EP "Luna" which can be found on all streaming platforms. Keep an eye out, there’s plenty more weird and riff-heavy tunes coming your way! 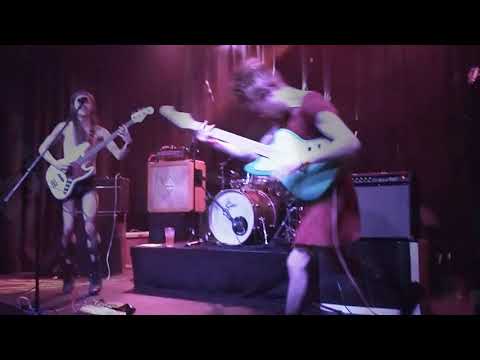 Sounds Like:
And So I Watch You From Afar, FUGAZI, Neu, Oh Sees, Protomartyr.
Influences:
All Them Witches, Altered Hours, Joan Jett, King Gizzard And The Lizard Wizard, Stevie Nicks