“Nobody sits in their bedroom with a guitar and thinks, ‘how am I going to change somebody's life today?’ starts Fionn Hennessy-Hayes. “You just try to change your own.”

Like so many people, the pandemic gifted Irish indie-rock band Rowan a chance to reflect on what they actually wanted to be doing. The trio had been playing together in various groups over the years (aged twelve, guitarist Kevin Herron and Fionn started a covers band) and had settled into comfortable work as session musicians that took up most of their time. Touring the world, playing sold-out shows and getting creative in the studio, it was almost a dream come true. It’s just a shame it wasn’t their own music. “We spent most of the time pushing other people's careers, not so much our own,” grins Fionn. “Rowan never got its full attention from any of us.”

At the start of last year though, plans were already in place to start taking Rowan more seriously. “We loved our jobs but we knew this band was what we really wanted to be doing. COVID was a convenient way we could make that happen.”

With a wealth of songs written over the years primarily by vocalist Dylan Howe in his bedroom and started on a piano, the first clutch of songs Rowan released were delicate, longing and beautiful. Debut single ‘Finish Line’ came in January 2020 and provided a lush burst of indie-folk, while the joy of ‘Big Wave’ took influence from jangly indie music. Released in November last year, Rowan’s debut EP ‘No One Is Safe Here’ is a wistful collection of quiet serenity. Full of longing, escapism and a desire to be somewhere else, the songs were inspired by Dylan’s “various struggles with mental health” as he used art to “try and get the bad stuff out. It’s like therapy,” he explains.

Of course there were questions about whether Rowan should release music during a pandemic, especially with most established acts waiting for it all to blow over. “We figured doing anything was better than radio silence,” explains Fionn and he was right. People connected to the pained escapism their music offered, which seemed to speak to the current moment in time perfectly. They didn’t have expectations to suddenly become the biggest band in the world, “we just wanted to connect to people.” Job done.

Racking up hundreds of thousands of streams, the reaction to the EP was a welcome surprise and offered “proof that you’re having an impact on people,” according to Fionn. It also “made everything seem way more possible,” says Dylan while for Kevin, “it just gave us the belief to do it again.” So they did.

‘Everybody Talks’ sees Rowan establish themselves as an emotional force to be reckoned with. It is, according to Dylan, “a more coherent collection of work” and sees the band taking influence from the post-punk energy of Fontaines D.C. and Idles as well as their long-standing love of Kings of Leon, The Strokes and Arctic Monkeys (whose headline performance at Glastonbury 2007 inspired Fionn to start making music).

“The sound now is much more intentional,” Fionn continues. Those early tracks were the first songs Rowan finished and liked, “whereas now we're thinking about what sort of band we want to be.” They’ve already got songs that’ll be perfect for a third album but for this EP, the vibe is very much “three lads in a room making loud noises. It’s excitement and euphoria.”

That came from finally being allowed together in a room, after months of lockdown as well as “the built-up angst that came from months of being inside, not being able to play live. We want to play festivals to thousands of people and these songs are perfect for that”. They were written as aspirational anthems to make those dreams come true.

‘Everybody Talks’ also establishes Rowan as a band in motion. “It is different to that first EP, but it opens a different door for us,” If the band are already switching between dreamy folk and raucous indie, just how far can it go? “Wait until you hear the album,” grins Fionn.

That urgent drive to play festivals hasn’t come at the expense of Rowan’s unique ability to craft emotionally driven stories though. Dylan takes as much influence from folk musicians Fionn Regan, Adrianne Lenker and Buck Meek as he does from indie idols Bombay Bicycle Club and it makes for a hard-hitting combination.

“I remember being at a Big Thief concert and they played ‘Terminal Paradise’. Even though it’s about something completely different, the lyrics spoke to what I was going through when my mother was quite sick,” offers Dylan. “I connected to it in such a way, that I was bawling for the rest of the show. I hope people can feel the emotion behind our songs in a similar way. If someone can relate to our music and realises they’re not isolated or crazy, that’s our job done.”

It’s no surprise then that ‘Everybody Talks’ sees the band laying their emotions on the line. The title track looks to create a sense of “paranoia and anxiety,” through repetition and was written about “the feeling you get when you’re having a bad day and it seems like everybody’s out to get you.” ‘One of These Days’ flickers between heartbreak and hope while the feisty ‘Never Walk That Way’ is about “finding your feet and being okay with yourself as a person.” It’s a universal struggle that never gets any easier.

Elsewhere, inspired by a riff Kevin wrote, ‘Nothing’s Gonna Change’ talks about “coming out of your shell, gaining your self-confidence and coming into yourself.” It mirrors the same growth the band went through after the success of that debut EP. “I've always been really quiet and shy,” admits Dylan. “but I’ve learned to speak up a little more now and that song definitely came from a place of quiet confidence.”

And if to prove just how powerful their music can be, ‘I Don’t Want To Talk’ was started by Fionn as a way to offer Dylan support who “was going through a messy breakup around the same time he lost his mother. Unbeknownst to him, myself and Kev made a conscious effort to write lyrics that we thought would resonate with him. My logic was that if I was going through everything he was, I wouldn’t want to talk to anyone.” He wrote one line “I don’t want to talk” and sent it to Dylan. Within an hour, he came back with a finished song.

According to Dylan writing that song “felt like a rush of cathartic emotion.” He still finds it hard to perform but is hoping any discomfort he feels will be countered by the positive impact it can offer others.

“I want people to know it’s ok to feel angry, sad, depressed or whatever. But don’t wallow in those emotions. You have to deal with your problems.” It’s why Rowan make the music they do. “It’s about confronting the pain, looking it in the eye and acknowledging it. Yes, it’s tough and it’ll always be tough, but it’s important to express yourself. Hopefully this band will inspire other people to do the same.”

That’s the thing about trying to change your own life, isn’t it. It can always inspire others to do something similar. 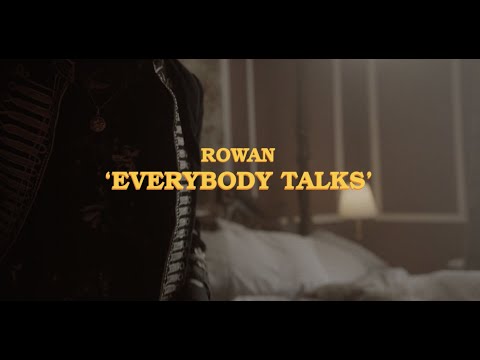 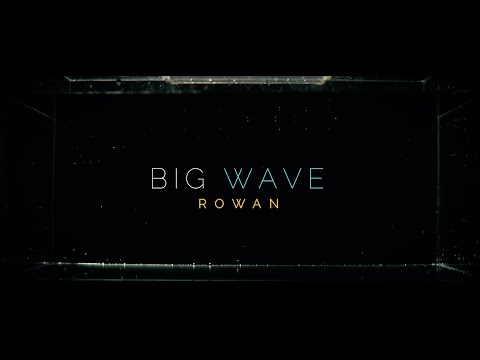 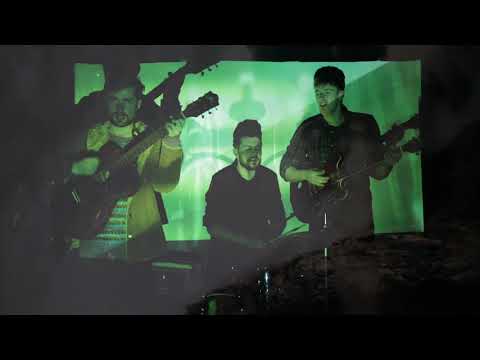