Rula Bula are a five piece traditional Irish folk band from Emyvale, Co. Monaghan, consisting of Mark Skinnader, Patrick Mc Kenna, Cathal Mohan, Scott Griffin and Grainne Daly. The five stumbled upon each other while playing music sessions around Emyvale and RULA BULA was created. Their different musical influences combined together result in a unique take and sound on well known traditional Irish folk songs along with a mix of current songs with an Irish twist as well as original material in the works. Every session is guaranteed to provide lively entertainment.

Patrick (The Cub) Mc Kenna – SLASH ON THE MANDO!!!! 23 years young, Patrick has skills beyond his years on the Mandolin and Bouzouki that simply put, CAN NOT be matched.........especially when playing from a height. This man will literally climb over the rest of the band and any surrounding furniture to showcase his skills. Paddy likes to break up the heavy guitar sound from Mohan and Skinnader with his Mandolin and Bouzouki counter melodies and might even pick up a Guitar when the others aren’t looking. As an extra treat Paddy occasionally takes to the microphone to lament the crowds with his soft lilting Celine Dion voice.

Cathal (Old Man) Mohan – The eldest member of RULA BULA at 28 years very old. “The wonderful Wizard of Tricksterism” - Poet, Musician, Song Writer and Guitarist, Cathal has a wealth of musical creativity and isn’t afraid to use it. Cathal writes most of our original material and is rarely found without wearing his hat for fear that some of his genius ideas might leak out the top of his head! He is influenced by the likes of Noel and Liam Gallagher, Luke Kelly, Jeff Lynne and Christy Moore to name a few, all of which contribute an interesting and unique sound to Cathals original songs.

Mark (The Voice) Skinnader – Also known as ‘The Face’ of RULA BULA! 28 years kind of old and some say the living embodiment of the late great Luke Kelly (and not just because of his hair!). Mark draws his musical influences from Luke Kelly, Christy Moore and Cathal Mohan. A traditional Irish singer providing the lead vocals for RULA BULA along with trying his hand at Guitar and Bodhrán. Mark is brimming with seemingly limitless energy and pours blood, sweat and tears into every performance.

Scott Griffin - Without a doubt is the most talented musician in RULA BULA. As well as teaching music for a living he’s also teaching us a thing or two about music and performance. Scott captivates audiences with his Violin skills and solos and also plays Piano. He is the ultimate style icon and without him the band would look like mutton dressed as mutton!

Grainne Daly – She may be the only girl, the youngest (we’re not sure but as far as we’re concerned she’ll be forever 21!) and the smallest member in RULA BULA but it takes Grainne little or no effort in making her presence known as soon as she lays in to a tune with her Accordion. Grainne also provides whistle accompaniment and has a voice that an angel would be jealous of. 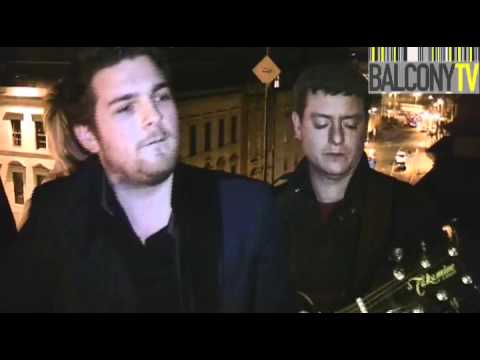 Influences:
Christy Moore, Luke Kelly and the Dubliners, Tommy Makem and the Clancy's