Originally from Newbridge, County Kildare, Cork-based SAL (aka Sara Ryan) is an experienced singer and songwriter with numerous recordings to her name. Released in 2016, her debut single, Belle, attributed to her being named New Artist of the Year at the 2017 Irish Folk Awards. By the time 2019 rolled around, SAL had released her debut EP, Glitter Skies, toured Ireland (including a performance in front of 2,000 people at the Doolin Folk Festival) and continental Europe, and had shared stages with the cream of Irish artists (including Mick Flannery, Luka Bloom, The Stunning, and Wyvern Lingo). “I love connecting with other people through songs that I’ve written,” says SAL. “The connection with the audience is amazing when you’re on stage."

A songwriter with spirit, SAL is not afraid to speak up about social issues close to her heart. Her combination of art and activism displays itself through a voice that is special and vibrant, delivering a message that is as much a candle in the dark as a fire in the belly. Her songwriting is inspired, she says, “by writing about things that people are often afraid to say, giving a voice to the silenced, finding beauty in the pain and focusing on the euphoric moments in the chaos of everyday life. I love being colourfully descriptive about the simple things we regularly experience, and I also love to highlight aspects of life that all too often are not so simple at all.”

Being influenced by an eclectic range of songwriters (from Arctic Monkeys, The Beatles, Blondie, Stevie Nicks, Fleetwood Mac, Moby and Erykah Badu to Joni Mitchell, Amy Winehouse, Sigrid and Billie Eilish) has enabled SAL’s reputation as a creatively varied songwriter to increase within the past few years. She says that she has always found a sense of liberation from songwriting and that the process allows her most trustworthy self to emerge.

In November 2019, SAL released her debut album, Breathe, which effortlessly showcased the range of artistic vision she possesses. Recorded in Monique Studios, Cork, and produced by Christian Best (Mick Flannery, O Emperor, Jack O’Rourke, Marlene Enright), Breathe was extremely well received by fans and media alike. Songs from the album gained national and international airplay, with The Weight soaring to Number 3 on the RTE Radio 1 Playlist.

In early 2021, SAL signed a publishing deal with the prestigious West Cork-based publishing company, AtSongs. Subsequently, SAL signed a management deal with London-based Charlie B Management. Late 2021 brought an abundance of headline shows in Ireland for SAL, including a sold-out performance supporting The Stunning, one of Ireland’s most popular rock/pop bands. Also in 2021, SAL made her UK debut performance at the Liverpool Irish Festival, where she showcased a new set of thrilling, diverse dark-pop.

SAL’s artistry was not inhibited by the world events of 2020/2021, and she astutely adapted to new regulations and performance outlets that arrived in tandem with the pandemic. This brought her to large and small screens around the world, as she participated in Cork-based Unemployable Promotions’ Live At Home online series, Hot Press magazine’s Lockdown Sessions, and Cork singer Mick Flannery‘s Live at Mick’s online series.

In 2022, SAL will be releasing highly anticipated new material that is immersed in numerous layers of innovative electronic pop. Having unveiled a host of new material at Liverpool Irish Festival in 2021, SAL is ready to perform her new songs, with live shows in Ireland (Whelan's, Dublin 5th May; and Cyprus Avenue, Cork 2nd June) as well as opening for Mica Paris at Woolwich Works, London on 23rd April, and a 12-date tour of Germany through May.

SAL looks to the future with the same level of optimism she has viewed the past. She is inspired as much by what she is writing about as knowing she has written a good song. “It feels like everything just falls into place, almost like the sensation of when a key unlocks a door. Everything just starts to make sense. It feels really exciting, like letting yourself fall down when you know you’re going to be caught."

Her primary virtue? Honesty. “To write from the heart with full authenticity and being honest and real in doing so,” she states, “is what inspires me the most.” 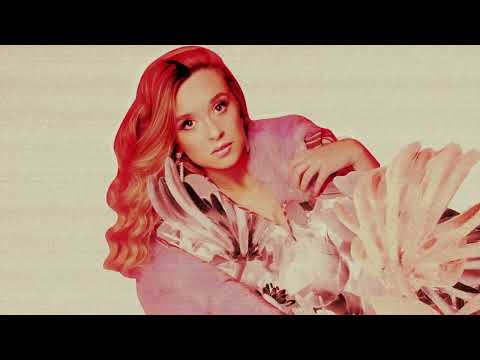 Bullet In The Heart