Sharp & Flat is a unique, accessible and absorbing blend of jazz and classical styles, full of Sam’s deeply expressive piano playing and accompanied by a varied ensemble of crossover musicians and sounds.
The album was mixed by the legendary Jan Erik Kongshaug who has worked with some of the greatest jazz and contemporary artists of our time (Keith Jarrett, Chick Corea) and mastered by Grammy award-nominee Jonathan Wyner (David Bowie, Miles Davis.) Recorded in top class studios in Europe, the US and New Zealand - along with family flats and a tree house in Kilkenny, Sam recorded five different pianos and a vintage Fender Rhodes keyboard together with featured sounds from around the world including a peanut seller in Fiji.

On Sharp & Flat, Sam worked with celebrated musicians from diverse musical traditions. Drums are provided by Dubliner Shane O'Donovan (known for his work with jazz-rock band Isotope) and Reece McNaughten from New Zealand (who works with Family Cactus). Joining the mix are some of the finest strings players in the country - violin and viola from Ken Rice (who has worked with the Irish Chamber Orchestra, Van Morrison and Bell X1), Tara-Lee Byrne of the National Symphony Orchestra on cello and Neil O’Loghlen (of contemporary trad group Ensemble Ériu) on double bass.

Sam Jackson’s music has been featured in productions all over the world from Broadway to Tokyo and from the Abbey to the Aran Islands. Seven years as keyboardist to Moya Brennan of Clannad saw him work with the very best musicians across the globe. He has been composing for some of the biggest names in theatre for over a decade, and his music has featured in some of Ireland’s largest and most lauded productions, including DruidSynge and the current DruidMurphy.

4 Stars ★★★★ - Irish Independent
"Fuses jazz and modern classical music in a compelling fashion. Jackson's subtly evocative compositions have an intrinsic beauty to them and his virtuosic playing will remind many of the acclaimed American jazz pianist Brad Mehldau.

Top ten albums of 2012 –Aoife Barry, The Irish Times, The Ticket.
“A fresh and fascinating collection"

4 Stars ★★★★ - The Sweet Oblivion Blog
"a beautiful and energetic collection of piano-based songs... the whole album is altogether a joy to listen to"

"Reminds me of Bill Evans and Ravel, I mean that as a compliment." Bernard Clarke - RTÉ Lyric FM

Sharp & Flat is available to purchase now from iTunes, bandcamp and select stores. 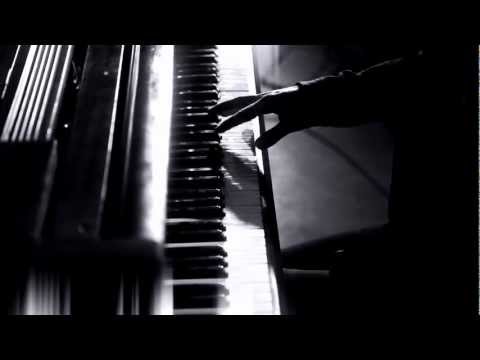