Kildare fourpiece Seven Days have been building a following around Ireland for the past year with shows that have to be witnessed to be believed. A huge sound and impeccable musicianship make Seven Days a truly exciting live act .

After playing to a crowd of over 3000 people at Oxegen 2009 (New bands stage), the band embarked on a series of support slots performing alongside The Republic of Loose, The Coronas,The Blizzards and Aslan. 2010 saw the band play a constant schedule of headlining gigs throughout Ireland. They beat stiff competition from Irelands best unsigned acts to win the Hotpress Tiger Untamed competition, the final being held at Annebrooke House Hotel in Mullingar.

2010 also saw the band travel to Modern World Studios in the UK to record with acclaimed producer Greg Haver (Manic Street Preachers/Super Furry Animals). “Outside” the first single from this recording session was released in June 2010 and charted in the Irish top 40 for two consecutive weeks.

Seven Days are due to release their eagerly awaited follow up single to 2010s "Outside" in summer 2011. This year will see Seven Days tour the UK, Germany and also a embark on nationwide Irish tour to support their EP "All Falls Down." 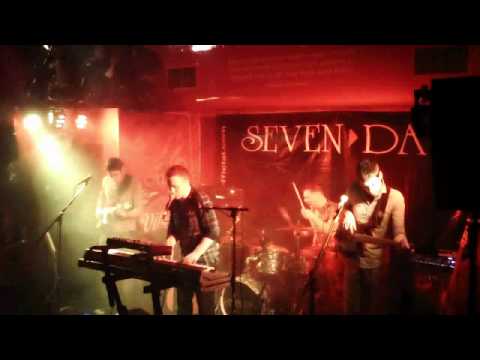