The roots of Shock Treatment can be traced back to the mid 1970’s when Barry McIlheney formed a band Essence with Howard Ingram and Davy Treatment was fronting variously named school rock bands. In 1976 Ingram left to form the Detonators (and later The Tearjerkers) and was replaced by David “Basil” McCausland. It would not be too long before McIlheney and McCausland would team up with Davy in the rather oddly named North Belfast Boogie Band and this would be the catalyst that would eventually give rise to Shock Treatment.
By 1978 and inspired by the energy of bands such as Dr.Feelgood, Eddie and the Hotrods and of course those Ramones the original band featured Barry McIlheney – vocals, Davy Treatment – Guitar/bass/vocals, Tim Kerr – guitar and Chris Loughridge – drums. The band went through several line up changes before stabilising as a four piece with McIlheney, Treatment and McCausland being joined by Paul Kelly ( ex Lids) on drums.
Signed to Terri Hooley’s Good Vibrations Label following a gig at The Harp Bar the band recorded “Belfast Telegraph” and “I like it like that” for proposed single release. However, finances dictated that this single never materialised but “Belfast Telegraph” did finally see the light of day as part of Energy Records/Good Vibrations Label “Room to Move E.P. which was released in 1980. The E.P. also featured The Outcasts, Big Self and the Vipers from Dublin.
Shock Treatment played all the local Belfast venues such as the Harp Bar and the Pound Club and even launched their own venue at the Bailey Bar which would later become the Teds Kool Kats Club. Under the management of Coleraine man Alan Brown the band would become firm favourites with music fans on the North Coast playing Spuds, Kellys and Beachcombers on a regular basis.
Keen to have their music heard Shock Treatment would follow the lead of bands such as the Tearjerkers and took their set of original material to all arts and parts of Ireland, North and South. Several tours were undertaken up until the band split in late 1982 and there would be notable appearances along the way at The Ulster Hall Good Vibrations Showcase, a support slot to the Skids, along with university gigs where the band would share the bill with the likes of U2 and the Psycadelic Furs.
A second single “Big Check Shirts” c/w “ Mystery Man” was recorded and released on the bands own DAB label in 1981. It would receive enthusiastic reviews in the local press and indeed the NME and for a time could be heard on local radio and most pleasingly on John Peels late night show on Radio One.
By the end of 1982 the band had fizzled out and by 1983 Barry McIlheney had started writing for Melody Maker in London sharing a flat with Ruefrex drummer Paul Burgess. Barry would go on to a distinguished career in the world of publishing which saw him as Editor of Smash Hits and Chief executive of EMAP who brought us Heat , Arena, The face and Elle amongst other titles. Davy would go on to form Five Boys and later joined Peacefrog who much local success in the early 1990’s.
Sadly “Basil” McCausland died suddenly in 2011 whilst living in London. Anyone who ever met the big man or had the opportunity to watch him perform will know what a very special person he was.
Paul Kelly is thought to be living in County Clare and Alan Brown still lives on the North Coast. Barry continues his career in publishing and lives in North London whilst Davy lives in Glengormley and it is he who took the bull by the horns back in 2012 and decided to put together a band to perform the Shock Treatment back catalogue. So came Shock Treatment 21.
The current line up of the band has Davy Treatment – guitar and vocals, John Rossi – bass and vocals, Dr. Keith McVeigh – keyboards and Gordie Walker – drums.
Things have moved on very quickly for ST21 in the short time they have been together. They have performed at 4 BBA Festivals with bands such as the Lurkers, 999 and the UK Subs, played and been filmed at The Harp Bar Reunion Gig, played the 2014 Good Vibrations Showcase and released old and new material on Spit Records and Time to be Proud records .
On June 13th 2014 the band released their debut album “The days of the Buckshee Bounce are nearly over” on Spit Records - http://www.spitrecords.co.uk/
The album contains both reworking of old material and several new songs plus a couple of songs penned whilst Davy was in the band Five Boys who he formed just after the original Shock Treatment folded. 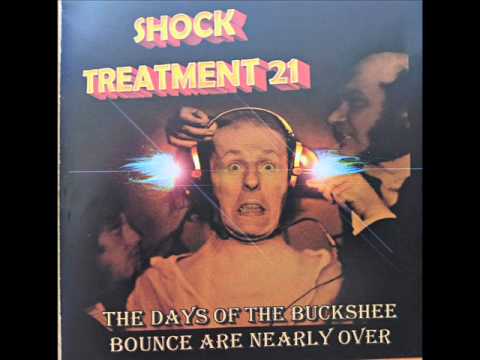 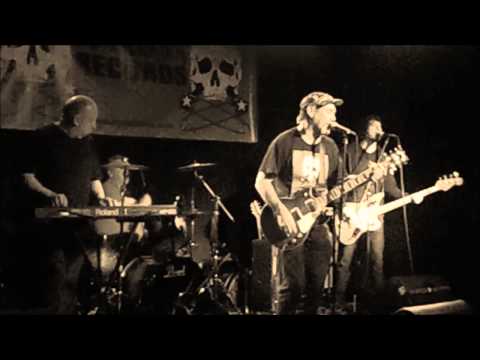