"Unflinching lyrical honesty, and an intense melodic workmanship with echoes the early work of The Smiths and the earnest beat music of The Beach Boys" - Raul kassan , Garage CO OP The music of Subaudio harks back to the committed and unabashed work ethic of early rock and roll bands, with the bands live performances expressing their real and youthful delight in the music they make and the performance they share with their audience in hallowed venues such as The Sugar Club , Crawdaddy's , Whelans, The Button Factory And Sin Night Club. "The Shoe - Gaze grunge of the 90's with better hooks and less attitude". This vision for what they want from their live performances is genuinely refreshing and rewarding as an audience. Subaudio have a loyal and growing following gathering support from the the Dublin suburbs and amassing further afield a large following in areas such as Artane, Cork City and Mullingar. The bands early Demo "Mistakes and Retakes", recorded in a matter of hours at Ashtown Studios, is an auspicious collection of early songs which the bands enhanced and maturing song writing and arrangement capabilities have now largely outgrown these early and more primative tracks ."The Indie ethics of bands like The Cribs ,you know? Thats the stuff that just really got us off and thats what we wanted from our records and live shows just that whole , we don't have Roadies , we don't try 47 takes of the bass line , we just write good fucking songs that excite people , thats what it's about for us " The band have recently attracted some much appreciated and deserved attention on the Dublin circuit playing dates in major venues. The band have spent the most part of The warmer months writing new material in a cramped garage conversion, where the delicate harmonies of the band are compromised ," For us we feel we're writing the best stuff we ever have and getting better musically , I mean its natural like that , right ?" The band has grown a respectable repertoire over their 3 years together starting in high school with their roots in musical and stage performance. "We hope to get these new songs recorded soon , we are writing them at such a pace now that if we don't record this batch we never will , we keep pruning our set list and outgrowing material musically , kinda sad really " The bands youthful joy and charisma communicated live or by means of their rare and understated studio exploits betray a band with all the humble traits of musicians doing what they love with none of the hype which has become customary to such young Indie bands. " I think the difference with us guys is we are mates who socialise , laugh and even fight with each other . For us we could do this forever and if we get the chance to do this for bigger audiences thats great , more people at the party" . It's this honest placidity that makes there chilled, hapless approach seem perhaps the most insprired scheme to champion though I suspect a more concentrated and motivated approach lies under there serene openess and diarming candour. This is evident in the craftsmanship of their recent songs heard only live and well received. This band for me are a notable name on any running order or event list that you are lucky enough to catch them on this summer , an exciting prospect whose songs and character speak volumes of this now blossoming Irish music scene.

Check out this review of SubAudio's performancy at the King Kong Club final
"Getting the nights proceeding off to a great start was SubAudio who told the audience to set their hands to loud. Showing no signs of being daunted by being the first band to grace the stage, they stepped up to the plate and got down to the business of letting their music do their talking for them. With first song “We Hide Don’t Seek” coming across as an anthem in the making, and showing no signs of nerves or the significance being first on the night affecting the performance. “I could be different”....goes the song. But why conform when you can perform? This is a song that leaves you wanting more.

More followed in the form of next tune “Near Nowhere Lives Goodbye”. A song that announces itself with an intro and a beat that is as catchy as the flu. A fantastically infectious beat on this one which makes you say hello to a song that you will have thought you’d heard somewhere before, before realising you haven’t. To close off the set from them was a song called “Pinnafore”. This is a serious piece of music from how it comes in with the keyboards without missing a trick. The sound on this song is a fusion of a great guitar and the performance that a song like this deserves. Especially when the guitar solo kicks in to show the vibrancy and echoes what can only be described as getting your money’s worth from a decent tune. The high standard had been set for the night."
Phillip Ó'Baoighealláin-musicreviewunsigned.com 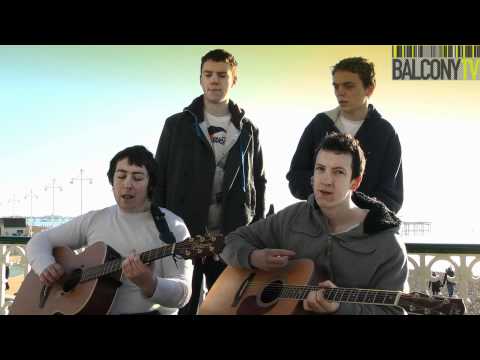 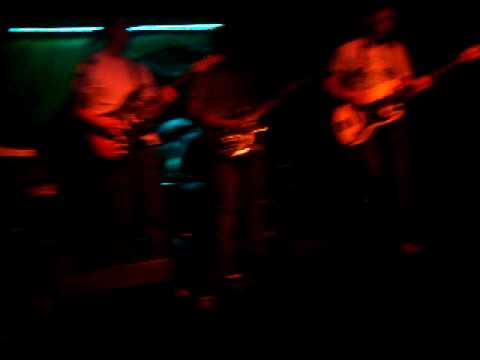