It's hard to believe that we are celebrating our 20th year in the Irish music scene this year. "It's been an amazing journey, we did not think when we started playing in a small bar in Dublin, we would still be going strong after all these years, says Brian Smith, guitar player and one of the founding members of The BeerMats.

Ballyfermot our home town is 3 miles from Dublin city, and is one of the best places to serve your apprenticeship in Irish music, with
groups like The Furey brothers, The Keenans and singers like
Paddy Sweeney of the Barley Corn and The Dublin city Ramblers
all growing up in the area. Ballyfermot is rich in music and culture
and its people are proud of their musical heritage.

The BeerMats began with one thing in mind the love of Irish music, founded in 1993 by Colm Gibbons and Brian Smith and later joined
by Tono Brennan & Francis Scattergood, from humble beginnings the
group became a house hold name throughout Ireland.

There’s been many hi-lights over the years, opening the show at
the Rose of Tralee for Phil Coulter, performing with groups like The Dubliners,The Fureys, The Wolfe Tones, The Dublin City Ramblers,
Tommy Sands to name but a few, we also had the pleasure to work with one of Ireland’s best song writers Brendan Phelan, and recording some of his songs like Seven Sober Nights, The Equalizer, Easter Lily which have seen great success on our albums with radio play in the Ireland, UK and the USA.

The BeerMats have over four albums to their credit. The first album, "Seven Sober Nights" was an instant hit with their fans with songs like "A Song for Ireland" becoming an anthem of sorts in the Dublin Area. Within a few years, the band was back in the studio recording "Jayo," the CD that cemented The BeerMats as one of the premiere Irish Bands on the music scene.

Singer Colm Gibbons says, "Those first two albums were really important in establishing us as a different kind of Irish band, we still paid homage to the influences of The Fureys and the Wolfe Tones but we did our own version of the songs using a different approach."

In March of 2007, the band recorded their third CD Easter Lily, a 14 track album with 9 brand new songs, a first for a Irish Folk/Ballad group in recent years, working with one of Ireland’s best song writers was a great honor for the group. Brendan Phelan has become a great
friend to the group.

The group is well known for their charity work and have raised thousands of euro’s for local and national cause’s and have established themselves as a group that always have time to help out in whatever way they can.

Over the years the group have performed throughout Ireland and the UK and in recent years have performed in Switzerland and Spain and 2008 seen the group perform in the USA at Louisville Irish Festival,
as part of The Ryder Cup, 2010 The BeerMats performed at The Celts on the River fest in New Albany USA.

The BeerMats are Bigger today, than ever. So Soak it up, and enjoy 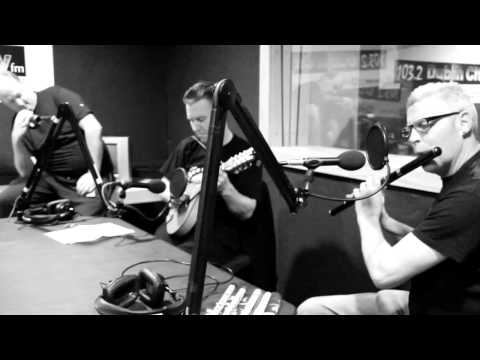