'Playing Country, Soul & Rock and Roll, the three boys and two girls of the award winning Blood Red Mountain band make moonshine for your ears and harmonies for your soul'

They have also ripped it up in such venues as Vicar St, Dublin; Dolans
Warehouse in Limerick; Whelans in Dublin and the Village, Dublin.

Their adventurous streak has also lead them to play strange and
wonderful gigs in the four corners of Ireland including Sherkin
Island, West Cork; The tip of Donegal; The middle of Sarsfield Bridge
in Limerick and Boats on the Shannon and the Grand Canal!

In 2009 they were awarded the accolade of BEST MUSICAL GROUP
by the Irish festivals umbrella group AOIFE.
For the last six months they have been hard at work on their debut album, recorded partly in Beechpark Studios, Rathcoole and Audioland in Leixlip.

There's a lovely video to watch made by the inimitable Finn Keenan, check it out on

http://www.youtube.com/watch?v=CFkVpPMN-uU
or in our video player below

Recently the band recorded the pivotal track for the award winning
short film 'Crossword'- You can listen to the track 'Purple Heather' on our Breaking Tunes Player!

'The band’s bluegrass vibes sit as comfortably alongside The Waltons
as Jack White and Arcade Fire, so expect a good old-but-new do-si-do
without having to don any gingham or sit atop prickly bales of hay.
Accordians, mandolins, xylophones, melodicas, harmonicas, moonshine, a
barn dance without the barn - what more could you ask for?'
METRO Newspaper

‘You might expect to encounter a freewheeling bluegrass ensemble such
as the Blood Red Mountain Band in the misty backwoods of Appalachia.
But in rainy old Dublin in the depths of winter? To their credit the
all-Irish outfit side-step the dreary clichés that are too often
prevalent whenever a bunch of outsiders set out to investigate
American roots music. Yes, their sound is a yammering gumbo of
fiddles, mouth organs, mandolins and accordions. Yet there's more to
this crew than dueling banjos and hillbilly yodels. In fact, the Blood
Red Mountain Band nurse notably experimental ambitions. Frontman Mark
Flynn writes his own material and plays a mean blues guitar; dreamy
keyboardist Daniel Shanahan, meanwhile, would seem to harbor notions
of one day joining Sufjan Stevens's backing band. Combine all these
disparate elements and what you get is an enticing home-brew of
traditional music and left-field rock. Dismiss them as an Oh Brother
Where Art Thou? Tribute act at your peril.' Eamon Miller- Metro 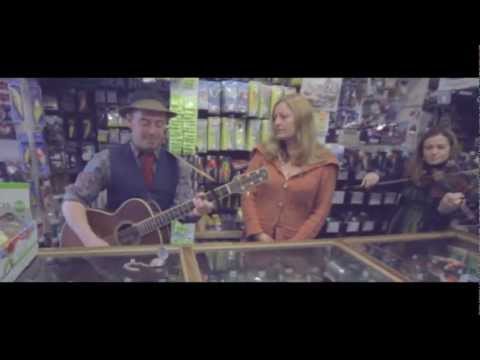 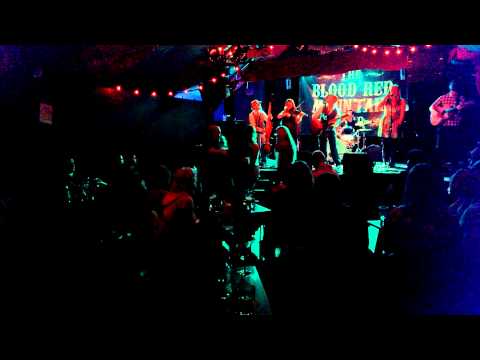 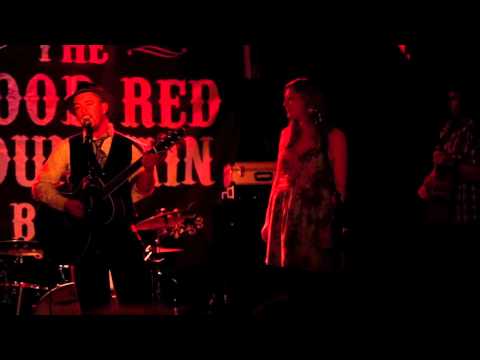 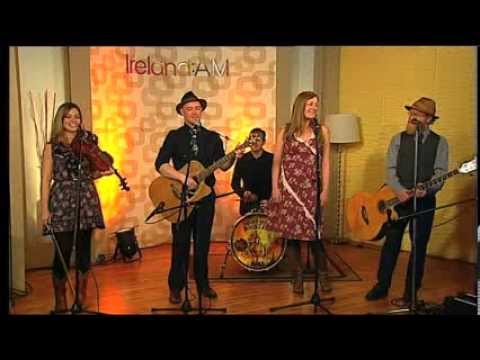