The Buzzmonkeys, in their reckless endeavour to save rock 'n' roll in Clare from the stultifying tide of blandness that passes for music these days, have built a solid reputation for pure rock 'n' roll mayhem from the controlled chaos of their gigs, staring into the abyss and daring it to do its worst, blurring the line between madness and genius, and bludgeoning new fans to their side with their increasingly sophisticated sonic attack.

Seldom heard strains from the likes of The Ramones, The Velvet Underground and The Sex Pistols are jolted back to life in a snarling buzzsaw sandblast from the past, plus the aural assaults of their copious original material.

Despite yet another internal convulsion and bout of bloodletting, the dual core of Pete Dooley and Andy Palfreyman remains as solid as ever and the new squad have been winning grudging respect from even their harshest critics. Respected veteran guitarist Paul Hayes is the newest member, a post-Katrina refugee from the New Orleans music scene.

As productive in the studio as they are unrelenting on stage, they have completed their second album in less than a year, 'Oh Christ, it's The Buzzmonkeys!' on the Ginger Jam Music label, the follow-up to their debut album 'Shocked'. Both albums are available on iTunes, Amazon and a myriad of online music stores. 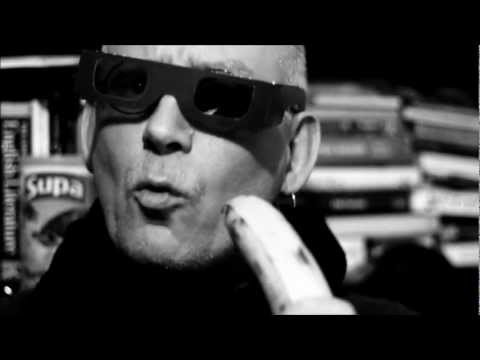