The Dark sound of pop, held up against a wall of guitars, being progressively beaten by a three-piece distortion orchestra...

The Dark Lanes are a 3 piece concoction, formed in the ashes of other bands,tried and tested in the dark,dingy bars of Dublin. A chance meeting of Kevin and Deborah, a duo gradually hammering out their sound while the rest of the world was busy eating,sleeping or glued to a screen.

The resulting music screamed to be amplified ,electrified and finally completed by the like minded Josh.
They have sampled some of these sounds on their debut EP 'See Behind The Beam' and are constantly delivering their high energy stage show wherever the opportunity appears

Kevin-Vocalising and six string histrionics: A trained jazz guitarist,escapee of Newpark music prison and bastard son of Alex Lifeson. Likes dragging the dying artform of the riff kicking and screaming into the 21st century

Deborah-Vocals and slapping,tapping,popping and dropping the bass: Bringing the feminine touch to rock'n'roll whilst delivering out of the box textures and complex fuzzed up rated R basslines that are anything but ladylike

Josh-The gentlemans drummer, playing since a young age, raised on a diet of Thin Lizzy,Rush and Solpadeine. Crafter of clever beats with the grace and power of a ballerina in a bar brawl with a heavyweight boxer 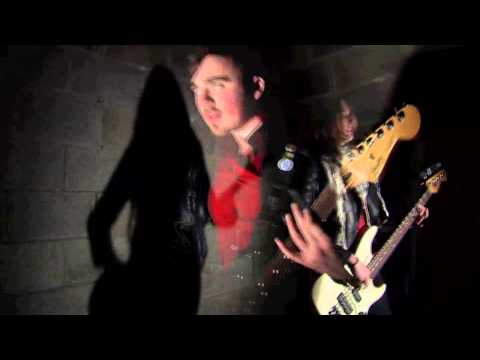