Soooo.. what to write, what to write…. (awkward pause)… well, I guess it all began when my Mammy met my Daddy and they fell in love and got married and (fast forward sixteen years) and then my Daddy bought a Mac which had music software and a teeny tiny built-in microphone and then I realised that all I wanted to do for the rest of my life was bellow repeatedly into the teeny tiny microphone whilst beating the unholy crap out of a tuneless guitar until ‘songs’ appeared. Well, luckily I have better software, microphones and instruments now (although I still can’t play guitar properly), but that’s pretty much what I do most of the time. Every so often I play these ‘songs’ to people and they nod vaguely and confusingly and offer brief words of encouragement before walking a small distance away to stare at me some more, talking in sotto voices and gesturing to the nearest asylum. Of which there are many round these parts.

I always loved the idea of making an album. I loved the concept of them, the artwork, the heft, the smell even of new cds as I was growing up and selfishly wanted it all to myself (even the smell). Back in college I made my first ‘album’ of ‘songs’ and distributed it amongst friends. As they stared at me from a small distance away, I realised in retrospect that I had absolutely no idea of how to mix, produce and master my music, and thusly that it sounded like poop. This sent me spiraling through years of overwhelming depression, full-time employment and five and a half seasons of Northern Exposure… so many dark memories. I continued churning out ‘songs’, but never played them to anyone unless I got really drunk.

So how did I end up with this here album, Theatre Of War, you scream? FASCINATING QUESTION. It was predominantly written over the last three years after I got a massive boost in self-confidence when a friend of mine asked forced me into playing some ‘songs’ live in a support slot for her band. Good friends of mine ‘offered’ to try and learn the ‘songs’ to play live with me, and they did, and the gig went off pretty well… I don’t think anyone really liked us, but it sent me spiraling through (three) years of writing better-produced music, full-time employment and more dodgy yet well received and attended gigs. After I finished the songs for the album, plus about thirty others that didn’t make it onto the album (I thought a quadruple album might be overdoing it slightly) I got really excited and did nothing because I’m really lazy and I procrastinate about everything. Then after a while I got it mastered. And then I put it on the internet. Hooray for the internet. Presume I’ll do up physical copies sometime too, but remember, I’m pretty lazy. Probably next year, with some gigs too. I gotta catch up on box sets first…

Guess I’d better introduce myself properly- Hi, I’m Andrew and thanks for your interest in these tunes… I’ve been The Evening Watch now for a couple of years and very occasionally perform live under that moniker. I live in Dublin Ireland and I play bass and piano and some other instruments (but not very well), and write huge amounts of music as a songwriter, for choirs, and for various other ensembles. Currently I’m also attempting a musical! I prefer the writing to the performing really, I’m more a behind-the-scenes type of guy. That sounds a bit weird, but it’s not. I listen to all sorts of music but will always be a lifelong devotee to Tom Waits, whose songs make me in equal parts joyous, pensive, and unbearably sad. I am eternally grateful to a lot of people who have helped me in my musical career, and will some day reimburse them all the drinks they bought me. Maybe not just yet. Soon though. Not that soon, really. 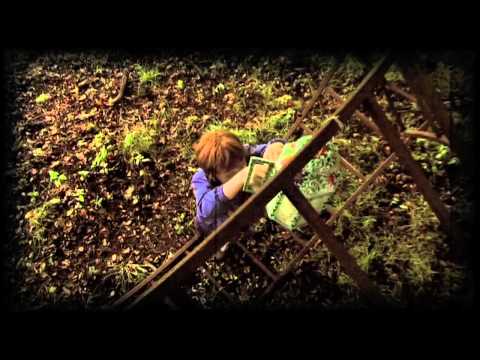