Gary O'Neill - better know as "the Intern" was born on the 08th September 1988 in Dublin, Ireland.

He has been writing and performing since the age of 13.

Now 23, he is set to light up the world with his unique brand of rap/hip hop.
Influenced by many artists growing up such as Snoop Dogg, jay-z and LL Cool J, made him realise what he wanted to do from a very young age.

To date he has played in venue's such as the RDS, Vicar Street, The Sugar Club, The Draiocht, City West Event Centre & Various pubs and clubs around Ireland along with live spots on a couple of radio stations and TV shows.

As of lately,The Intern has taken part in many Nationwide talent shows (including Dublin's Got Talent and The Wright Factor) mainly to generate exposure and reaching the finals in all of them.
He has also appeared on the hit show ''the apprentice'' due to be aired later this year.(2011)

Combined with writer and producer Citizen DC (Diarmuid Coughlan), the duo have produced an eclectic collection of music and effective lyrics that all will enjoy.

The Interns style ranges from Pure Rap/Hip hop to dancefloor tunes that are lighting up clubs all around the country. 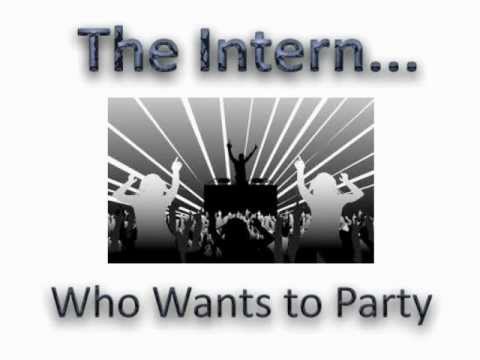 Who Wants to Party
Hear Me Out
Where's My Jumpers