The Mandolas are a 4-piece folk/pop group based in Cork, Ireland. The band make use of a wide range of acoustic instruments (mandolin, mandola, acoustic guitar, bouzuki, banjo and viola) as well as incorporating lavish 4-part harmonies into their music. The Mandolas perform original material and combine Irish and English folk traditions with a unique blend of contemporary pop.

The group consists of Michael Grace (Kilkenny), Colm Hayes (Cork), and brothers Paddy & Dorian Kelly (West Cork/ originally hailing from Yorkshire). Drawing inspiration from the likes of Planxty, The Beatles, The Beach Boys, and Fleet Foxes, The Mandolas unique folk stylings combine a wide array of musical influences to create a fresh, warm sound. In the last year, The Mandolas have been steadily making a name for themselves nationally, and have had the privilege of playing alongside the likes of Paul Brady, Maria Doyle Kennedy, Mike Hanrahan, Duke Special & Neil Hannon.

In April 2012, the band released their debut EP, 'My Greatest Day'. The launch tour for the EP saw the band play in some of the country's top venues. After a summer on the Irish festival circuit, the Mandolas recorded their next single 'Marianne', with producer and drummer Christian Best (Mick Flannery). The single was released in November 2012 and reached number 23 in the Irish iTunes Chart, as well as landing at number 57 in the official Irish Top 100.

The band are currently working on some new material and will be heading out on tour later in the year, which may include the band's first gigs outside the country.

"there’s nary a sniff of a rhythm section or electric instrumentation, yet this quartet play with a fierce intuition that over-rides the need for either. Inevitably, Irish folk comparisons with the fiery likes of Luke Kelly will be bandied around in future, but these boys are equally convincing whether attacking dextrous jigs and reels, Dave Swarbrick-style workouts or punchy Folk-Pop numbers"
"I’d seriously suggest you see them while you can still see the whites of their eyes. You don’t need to be a genius to realise they’ll not stay working the small venue circuit for too much longer."

"THE MANDOLAS are one of the most promising new outfits on the Irish circuit at present."
- www.whisperinandhollerin.com

"Their four-part harmonies are utterly flawless and will set your senses alight as they flow through their repertoire with charm and ease. Each member is a character in their own right, sharing stories and laughter between songs which touch on ordinary themes experienced by all facets of society, regardless of age or geography. "…there are far too many veins of inspiration to count in this pulsating heart of Irish folk music." -  cork.studenty.me

"Four-piece, timeless harmonies gliding in and out of an ancient sound, conjured by acoustic guitars, mandolins, banjos, bouzoukis, violas and - of course - a mandola." -The G-man World 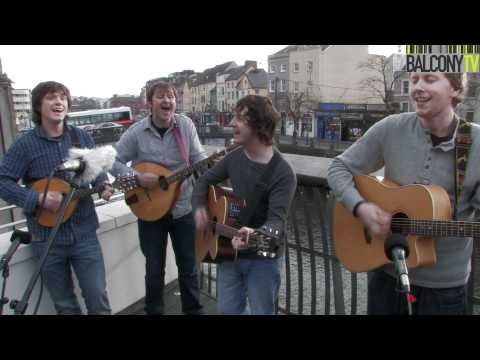 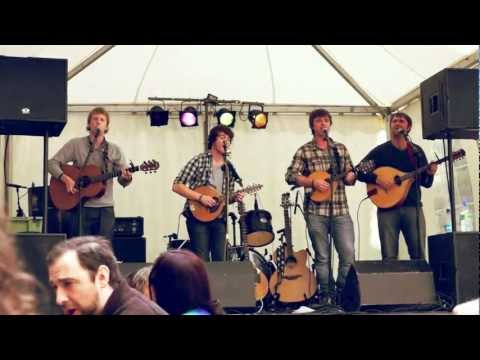