The story all began back in Dublin in 2008, when James(Vocals/guitar) met Brunno(Guitar), Bila(Vocals/Percussion) and Xande(Percussion). They were a part of a huge group of friends whose incredible friendship and positive energy, influenced their decision to embark on a musical mission for the 4 of them.
In a somewhat unspoken pact, the boys decided it was their purpose in life to spread their positive message around the world through music, they all felt like it was their destiny.
Late 2008 came along, and brought the news that the economy in Ireland was in trouble, Bila ended up having to go back to Brazil for family reasons and all of a sudden the three Brazilian members were all returning home to Brazil for different reasons.

But the dream never died, James was determined to travel to Brazil and continue the journey with them. In December 2009 he did just that, first meeting up with Brunno and then travelling by car(4 days drive) to Bahia to meet Bila at Universo Paralelo Festival. They met some inspiring people from Brasilia at this festival and decided they would go there and spend some time living on the Aldeia da Terra, an Eco - Village belonging to a lady by the name of Inuka.
While there honing the bands sound and planning how they would continue with the mission, they became friends with a group of Indigenous Brazilians who were camping in front of the Brazilian Senate in protest against the corrupt government and their evil treatment of the original Brazilian natives, somehow this became a part of their mission too.
There they met Ricardo(Trumpet) and he joined the band too.
They travelled to the south of Brazil to buy the bands VW Kombi van, (see attached)where they recruited Maria and picked up Xande and spent another few months in Brasilia, before heading to Bahia to play at a music festival, Sao Joao de amargosa in June 2010.
They met some great musicians who lived in Salvador, and decided to head there as it was where Bila was from, so he was convinced they would be able to play regular gigs there.
They spent a Year and a half living together in Salvador in a rented apartment and playing regular gigs every weekend until mid 2011 when they started to focus on recording an album.
During this time there were a few misunderstandings and some of the band left Salvador.
James and Bila finished the recording of the album in November 2011 and then the band took a break, initially. James went back to Ireland for 7 months and got involved in the creation of another band the Dublin Afrobeat Ensemble, which later spawned into two bands Ajo Arkestra and Yankari Afrobeat Collective.
James then returned to Brasil in July 2012 and got married later that year. Both James and Bila caried on producing the album and finished the mixing in early 2013.
Between 2013 and 2015 they played very few gigs and things had slowed right down until eventually James decided to move back to Ireland, and is now back since 2016.
He has been working on carrying on the project with a new lineup since then and was playing gigs during the summer of 2017.
He is currently reforming the band with a new line-up here in Dublin and they are planning to start performing soon, both songs from the previous years and some brand new material too.
The album that was recorded in Brasil is being released in volumes rather than all together and the first elease is titles The ReLOVEution Vol. 1, and it is available on all digital streaming platforms since February 2017. The next release is planned for summer 2018. 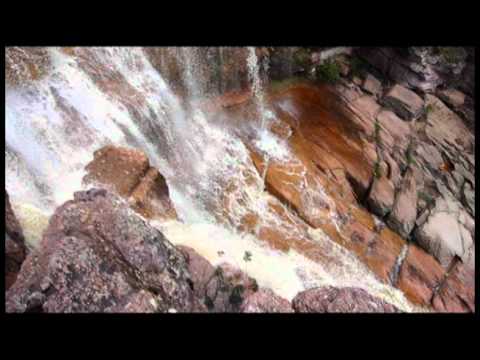