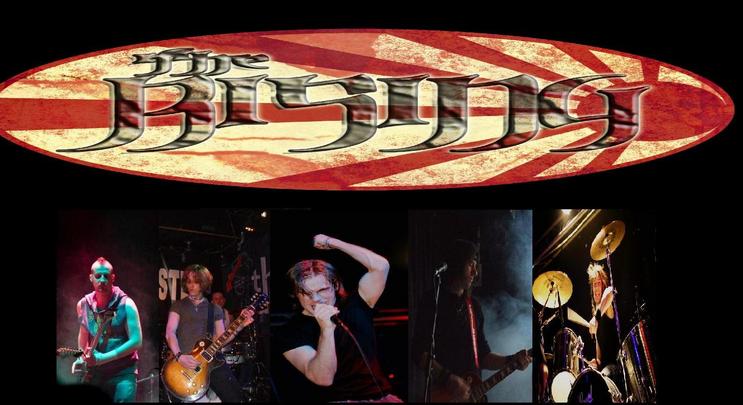 Artist Bio
2004 - 2010 saw STILLROOM, which was comprised of a brotherhood of 5 close friends from the Dublin suburbs, 3 of which grew up together as toddlers on the same street,(Paul Scott, James Berkeley and Dehna Bennett), successfully put themselves to the test as they ventured to Los Angeles, CA. playing shows on the famous Sunset Strip including The Cat Club, Whiskey A Go-Go and the Roxy Club. Winning the Irish Emergenza Final also saw the band represent Ireland in the World Final which took place at the Taubertal Openair Festival in Germany. The band has also had the privilege of having their track 'Maneater' featured in the US film 'Frenchie goes to Hollywood', which was screened at the Monaco Film Festival. The video for another track 'Stick To Your Guns' recieved continued rotation on Channel 6.
The band released their debut EP "LICKIN` A PROMISE", in 2009, which was recorded in London, to over 13,000 readers through the "The Echo Newsgroup". The track "Your Love" from the EP was chosen for a Microsoft ad campaign, which propelled STILLROOM to the top of the reverbernatation charts along side The Script. Jackie Hayden from Hot Press gave the EP rave reviews comparing the band to Bon Jovi, Judas Priest and Rory Gallagher. The band toured throughout UK and Ireland playing such venues as The Dublin Castle,Camden,London and appearing in the Bulmers International Comedy Fest and Shamrock music fest.
..........However, due to internal band pressure, the untimely death of the singers father, and the hospitalization of the singer, the band decided to close the door on STILLROOM and announced in Dec 2010 the end of the band to much dissapointment of their fans...
.......However, after what felt like a never ending grief period, Paul, James and Dehna decided that they owed it to themselves and others to continue making music and keep fighting the good fight. Two phone calls later, new band members, drum maestro Alan Doyle and bass funkateer John Hogan completed the supergroup now known as "THE RISING".
"From the ashes comes a burning flame, wasting time on who`s to blame
our time will come around again.....................

"The Most ROCKIN band to cross the Atlantic this year" - Sue Flavvy (The ROXY promotions, Sunset Strip)