“Their soulful take on the darker side of Blues / Rock with a strong female vocal will bring you to dark smoky whiskey bars where you’ll get lost in the depth of their sound” - Bobby Green - Musician.ie

“Five-piece alternative-rock act the Straw Gods deliver a short, but promising introduction with their E.P. Under a Sun.” - Stephen White - The Last Mixed Tape

“Carnivore is a strong collection of tracks that treats each of the genres it touches with respect, and at the same time melding them together to successfully create their own unique sound”. - The Best of music and film.blogspot.ie

BIO
Hailing from Dublin’s Northside, The Straw Gods deliver their own brand of smokey, brooding Alt Rock cut with eclectic influences. With this unique take on Rock, emphasising it’s darker, more soulful tones, The Straw Gods have been garnering comparisons ranging from modern rock groups such as Radiohead and PJ Harvey to Trip Hop Artists such as Portishead.

Originally Formed by old classmates Daniel Soro (composer/guitarist) and Pia Dunne (Vocalist) in 2013, the Duo quickly expanded to include Barry Rycraft (Bass), Tommy Gray (Drums), and Glenn Brady (Guitar); all onetime students at the renowned Newpark Jazz Degree. 2015 saw the release of their acclaimed Debut Ep 'Under a Sun' and the group recently released their second EP ‘Carnivore’ in early 2016. 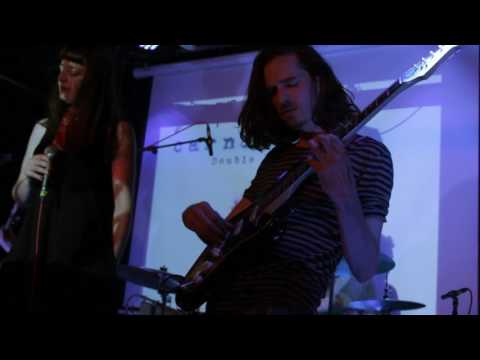