The Wake Ups will be releasing their debut 5 track EP this coming summer 2019.. Among the tracks will be the brooding alt rock anthem "Alive", the insanely catchy "Mary", the Ramones-esq feel good live favourite "Jon Favreau" as well as the garage indie "Television". The band will be busy blasting through UK's finest (and not so finest) venues all summer long.......

After passing the songs around the London music scene many a merry music man turned up at auditions. As the dust settled The Wake Ups formed (under the moniker Conor Ocean and The Wake Ups) with Liam Butler on Lead Guitar, Ashley Hawkins on Bass, Stephen Twomey on Drums and Conor on Vocals and Guitar.

The band quickly found a secret rehearsal studio they could call home hidden in the back streets near Finsbury Park North London. After many a late night of beer guzzling and guitar shredding the group made their live debut on the London scene at Rocksteady Bar in Dalston East London on November 24th 2017. After a triumphant first show the band have made appearances around London and the UK.

In 2019 after a line up change with Thomas Hill replacing Liam Butler on lead guitar the band decided to change their name to the snappier THE WAKE UPS. As Conor explained on the offical facebook page

"This whole band was originally started as a solo project back in the year two thousand and dikity seventeen. Those first few songs were recorded by myself with some friends helping out. I never really had a long term plan. I decided to look for people to play the songs live with... they are still here! I've been incredibly lucky, blessed, jammy, whatever to have found the perfect people who make London life in a band so much fun and exciting. It's not been a solo band for a long time I am delighted to say. This band is as much mine as it is Ashleys, Stephens, Liams and now Thomas's too. So we no longer have the need for the ridiculous long name and will now be called The Wake Ups"

The Wake Ups first show under their new moniker was at The Black Heart Camden as main support to Limerick Irelands Post Punk Podge and The Technohippies in Feb 2019. A triumphant night! 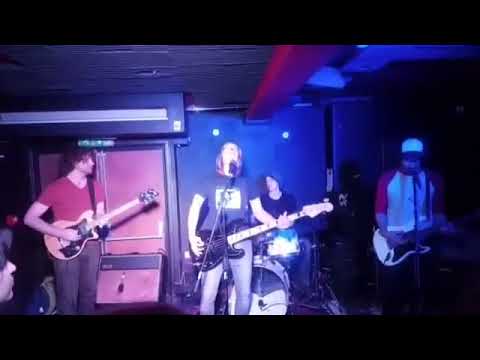