Thomas Smith is a singer-songwriter from Dublin. Armed with extensive experience and expanding musicianship developed from playing in bands around the Dublin area since a young age, he began writing songs on his own about two years ago. The serene and beautiful Moon Bird enticed many a follower to his Soundcloud page as people were impressed by this self-produced work and were left wanting to hear more. Likewise, the stripped back cover of God Only Knows by The Beach Boys demonstrates the unique originality he can bring to well-known songs while showcasing an exquisite vocal ability.

Mr Carroll followed, receiving a huge positive response. From its gentle opening guitar to the first line, ‘Tell you a story, about a man…’, it hooks you right in revealing an already well accomplished lyricist. If songs could paint pictures Mr Carroll would be a masterpiece. This particular song has been played on RTE2xm on more than one occasion as well as being featured on the September 2012 issue of the Music Review Unsigned Double Album ‘MRU PURE VOL 3’.

Tom’s most recent upload, Trouble’s Got You Down has so far garnered a similarly great response with a sharp rise in new plays. As interest in his music continues to grow in this digital age, there are promising things on the horizon.

Since launching himself as a solo artist, Thomas has got out to promote himself live at singer-songwriter nights all over Dublin including Sweeney’s, Anseo, Camden Sessions,Vaughan’s and many more. All set to record his debut EP in the next few months he’ll be getting out to play live as much as he possibly can throughout 2013. With this forthcoming EP to promote and such inspiring and thought provoking music to share, he would like to appear at festivals throughout both Ireland and the UK this coming season. If he's playing near you don't miss out on what will be an evening of pure quality.

It's amazing what can be produced from just a guitar and a voice! The incredibly beautiful and simplistic easy listening of Thomas Smith - UNSIGNED DUBLIN 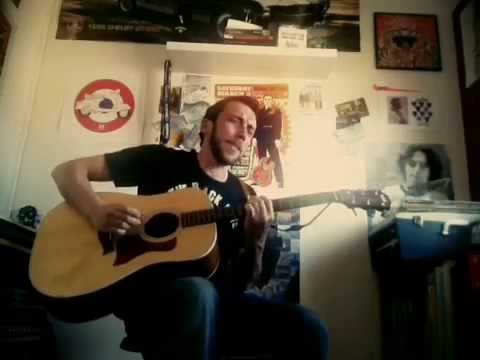