Wanman & Floyd - Light Side Of The Dark

2016 - Wanman & Floyd still having a break and the third album in this series 'Another Light In The Dark' , started in 2014, is still bubbling under .... Tony is busy with his Solo career and also as as part of Duo Tony & Rhiannah as well as several other projects and collaborations...

February 2012, new album - DARK SIDE OF THE NIGHT - now on CDbaby, itunes and all good music sites. The official launch date is February 25th., to co-incide with the Hot Press Music Show. The follow up to Light Side Of the Dark. Written and recorded between November 2011 and January 2012.

Joe and Tony have played and recorded together on and off for over 30 years, mainly in their band 'Maggies Farm'.
In January 2011 they released 'Alison' with Maggies Farm and Heather McLeod, charity CD for The Capuchin Day Centre For Homeless People. 'Blues Shoes' and 'Don't Follow Me' were included on the EP version.

In July 2011 Joe and Tony wrote and recorded 'Roadbike Julia' for the Musicians Together site and decided they may as well do a whole album. So meeting every Friday morning over a 7 or 8 week period the remaining 9 tracks were written and recorded.....
Although their hearts lie in Blues and Blues Rock you will find other genres creeping in here too..
.
LIGHT SIDE OF THE DARK - CD release - November 18th. 2011.
LIVE ON CD BABY - click on 'official site' link at side.
For itunes click on itunes link at side.

'It is only when you have a chance to sit down and just listen to a CD by these phenomena that you realise how versatile they are. They can take you through a roller-coaster of sound and sensation or sensational sound. ’Light Side of of the Dark’ has all the ingredients for a motorway drive, hood down volume up.....
My CD came by post and I suspect it may have rocked the ferry across from Ireland and was burning the postie’s hand as he slipped it through the mail box. His eyes were glazed over and perspiration dripped from his face….

‘Light’ and ‘Dark’ are defining features of this collection, a creation of Wanman & Floyd aka Joe McGuinness and Tony Floyd Kenna.

The vocals, with exceptions, are deep and dark, epitomised in Tony’s ‘Requiem’ (now there’s an image). His voice, though not as threatening as usual, bears the sinister feeling one gets from listening into a haunted man’s death wish. The lighter side is that the wish is one of normal desire.
Joe shows himself as at one with his guitar, discovering and exciting all manner of sounds from wailing banshees – where other than Ireland – to smooth and oozing charm, proving that electronic sound doesn’t have to be aggressive and jarring. Aggression is there right from the start though with McGuiness showing that he is not just playing about. The experimental aspect continues into the vocals with backing vocals taking on instrumental quality. Equally, Tony’s bass has a pulsating quality which creates harmony more than just depth and even ‘performs’ in the space between pulses thus defying science as we know it!

It is not difficult to image a setting for some of these quirky tracks. In particular, ‘Mad’ begins with a series of sounds one could imagine hearing on a nocturnal visit to a Victorian bedlam. Sounds of ‘Little Shop of Horrors’ adjacent to ‘Rocky Horror Show’ followed by a frenetic lead and thunderous monster bass.
There are ten tracks of such pleasure not forgetting lyrics which can be heard and are worth hearing.

I have to say I have left my ‘best’ to last. ‘Roadbike Julia’ is an upbeat and pleasurable piece – the track that is!
To enjoy it all the more, one needs to visit Tony Floyd Kenna’s channel on Musicians Together so you can see the subject of this track in action. It is great to see that ‘biker chick’ status can be achieved on a pedal bike! I listened to it just now on my exercise bike.
Though heavier rock music is not normally to my taste, with these guys you can hear the skill and think the thoughts. With their musical background, this is great in-board entertainment for the Tardis. 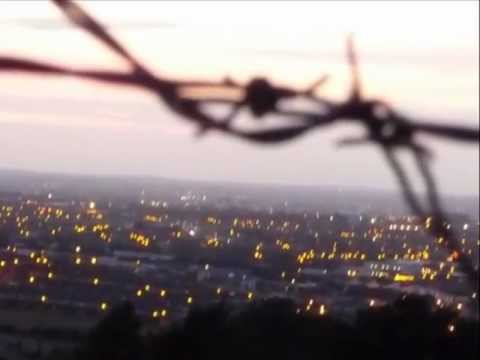