Composed of vocalist and songwriter Donal Byrne alongside enigmatic violinist Colin Moore, Willowjack had a previous incarnation in 2014 when Byrne teamed up with songwriter/composer Hugh Doolan to release the single 'Sad and Blue'.
Donal's main collaborator is now Moore.

In its present form Willowjack began when Donal Byrne and Colin Moore met at a lighthouse in the west of Ireland a couple of years ago.

"It was a bit strange really - I was down to stay with a friend who owned this lighthouse to jam and write some songs. There was a full on storm blowing and there was Colly outside, cool as you like playing the fiddle into the gale. Surreal!" Donal laughs.

They quickly forged a common bond musically and ideologically, and decided to form a band to take Donal's songs and reconstruct them acoustically with Colin weaving his magic on fiddle.

Inspired by the likes of Nick Cave, Leonard Cohen, The Waterboys, Bowie, Prince, The Doors, The Stooges, Roxy Music and Declan O'Rourke; Willowjack embrace the theatrical and the primal. Coming from a trad background, Colly also embraces world music and the devil's violinist himself: Niccolò Paganini.

With a powerful emphasis on the lyrical, rawk romanticism, brooding musical theatre - almost Brecht or Brel - the songs have developed a kind of otherworldly darkness. Adding organ and eastern-influenced riffs evokes the mystical and the decadent - with recurring marine imagery. 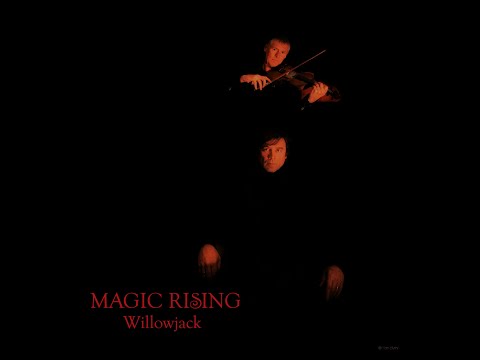